Weekend Watch: The Other Woman, Brick Mansions, The Quiet Ones, And The 57th SFIFF

The Other Woman – Everywhere

Is this going to be one of those movies Jenny McCarthy might have starred in back in her heyday? (“Heyday” being relative here, of course.) Cameron Diaz, Leslie Mann, and Kate Upton–in her first starring role–are the other women seeking revenge on a three-timing louse. While I can appreciate the premise of making the man who does the actual cheating the bad guy, and not the “other woman,” it looks like most of the comedy here involves watching beautiful women fall flat on their faces.

In other words, see you there. 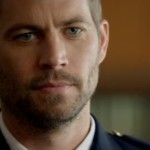 Better known as the last movie Paul Walker completed before his untimely death last year. Which is a pretty sad epitaph, as it looks like the kind of movie that would get released direct to DVD had he NOT died. I’ll skip it and continue to worry about the continuation of the Fast & Furious franchise instead. (Fast & Furious 7 isn’t getting released until 2015! Perhaps people will forget Walker died at that point, and won’t notice the creepy use of CGI and his brothers-as-stand-ins that they’re using to complete the film.)

The Quiet Ones – Everywhere

This week’s entry into the “supernatural horror movie based on a true story” horror genre also features some bits from the “mad scientist” genre. Jared Harris (Lane!) stars as a professor in the 1970’s who attempts to “create” a poltergeist in the hopes that it will lead to miracle medicine. Sounds logical to me! The movie comes from the Hammer Studios in England, creators of some of the most classic horror movies ever made, so this one has some scary footsteps in which to follow. 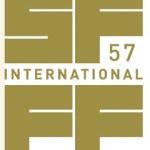 The 57th annual SFIFF is underway, and boy, there’s a lot of good stuff to see. You can view the complete schedule here, and we’ll be reporting on some of the movies throughout the festival’s run, which ends on May 8th. Be sure to check the Appeal for recommendations in the coming week!