I’m not sure why, but I was convinced there had been at least four movies in this animated franchise, but I was wrong; this is only the first sequel! So, I guess I should be happy about that?

Nope. There are rapping parrots in it. No one should be happy about that. 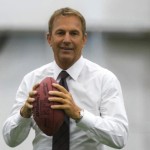 It’s been just over a month since the last Kevin Costner movie. A WHOLE MONTH! Way to keep us on the edge of our seats in anticipation, Kev. He returns to the sports comedy genre in this Ivan Reitman-directed movie about the Cleveland Browns’ GM and his attempts to acquire the year’s number one draft pick.

It’s baseball season, y’all. Ain’t nobody got time for this!

Nick Frost breaks away from his usual movie buddies, Simon Pegg and Edgar Wright, and joins up with Chris O’Dowd and Rashida Jones in this comedy about a former child dance protege who decides to reenter the professional dancing world as an adult, all in the hopes of winning the hand of his lady boss. As long as the whole movie isn’t just “Ha ha ha! Fat guy tries to dance!” jokes, I’m on board. 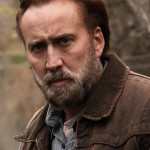 Is Nicolas Cage attempting a Matthew McConaughey-type of career redemption? The always puzzling director David Gordon Green–the director of terrific movies like George Washington and All the Real Girls, and absolutely terrible movies like Your Highness and The Sitter–is at the helm here, and it’s a drama, which is a good sign. Cage stars as the titular Joe, a southern lumber worker who hires and befriends a young drifter. 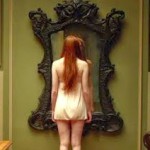 The latest movie about a haunting or a poltergeist or a demon or a ghost, or what have you. This one features a cursed mirror. (And I won’t make the obvious joke about how I think most mirrors must be cursed, given the horror that I see every time I look into one. Whoops! I guess I just did. Sorry.)

Fascinating documentary about a brilliant street photographer who shot for decades, but was virtually unknown until a huge batch of prints and negatives–which were originally found in a storage locker–were sold off at an auction to a local Chicago historian. And with that, the hunt to find Vivian Maier began… 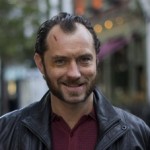 Jude Law gets cockney in this black comedy about a safecracker who, after twelve years in jail, is released and goes after the award that was promised to him for keeping his mouth shut. Richard E. Grant plays his loyal sidekick. 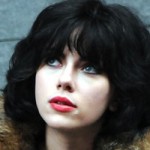 Under the Skin – Everywhere

Scarlett “Don’t Call Her ScarJo” Johansson gets weird, playing an alien who hunts men in Scotland, soon finds herself the hunted, then in love, and then catatonic. So, pretty much just your basic rom-com.