Let me take this moment to avoid the movie at hand and talk about a related topic: TV’s “Agents of S.H.I.E.L.D.,” or, more specifically, why it sucks so bad. WHY DOES IT? I can’t really put my finger on it, but every week I watch, and every week I find myself oh so bored. It’s not exactly buzzed-about TV, so I doubt I’m the only one that feels that way. I’m usually a pretty big Joss Whedon fan, and I like The Avengers, but the show….it just does nothing for me. Why?

OK fine, the movie: Captain America copes with post Avengers-movie malaise and fights to save the world. It’s probably better than “Agents of S.H.I.E.L.D.” 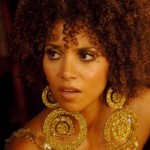 How’s this for weird: This film was released, very briefly, in December of 2010, so it could qualify for awards. And indeed, star Halle Berry was nominated for a Best Actress Golden Globe for her roles as a go-go dancer (that’s 60’s talk for “stripper”) with multiple personalities. She didn’t win. The movie sat on the shelf. And here it is again, almost four years later, at a single screen in Emeryville. Have fun one guy in the theater who’s seeing it because he heard Halle Berry strips in it! 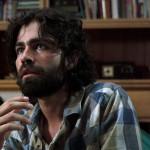 So that’s where Adrian Grenier’s been hiding, in a movie about a survivalist family that soon finds their worst (or is that best?) fears come true. And oh, hey, there’s Ben McKenzie! And Gaby Hoffman! I guess the alternative title was “Goodbye TV World!” Director Dennis Henry Hennelly will partake in a Q&A after Friday night’s 8:00PM showing.

The awesome 1960’s girl group The Shangri-Las have a song called “Past, Present, Future,” and it’s kind of amazing. It’s not your usual pop song, as it has no actual singing–it’s just spoken word–and the music is basically Beethoven’s “Moonlight Sonata,” with a brief break for a waltz. There are a few interpretations of the song’s meaning: is she merely talking about teen heartbreak? Or something worse? Among the lyrics are “Was I ever in love? I called it love. I mean, it felt like love,” and, “Don’t try to touch me…’cause that will never…happen…again.”

Which brings us to this movie, which might have taken its title from the song, but is definitely about a young girl’s first sexual experience. Which leads me to wonder…will the movie be open to the same interpretations? 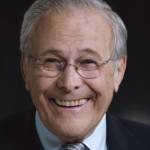 Errol Morris’s latest documentary is basically a long conversation with Donald Rumsfeld, in which Rumsfeld talks about all his evil deeds, or, as he prefers to call it, his “work.” I just wonder…has Rumsfeld ever actually watched an Errol Morris documentary? 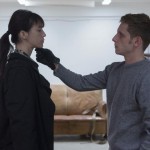 Lars Von Trier: Please. Get thee to a therapist, and stop projecting your major, major issues on to the big screen.