Game of Arms Playing House Portlandia Resurrection Sirens The Following The Improv: 50 Years Behind the Brick Wall The Simpsons The Ultimate Fighter: Team Penn vs. Team Edgar Vikings by Paolo Sambrano | April 28, 2014 9:21 am | in Culture | 1 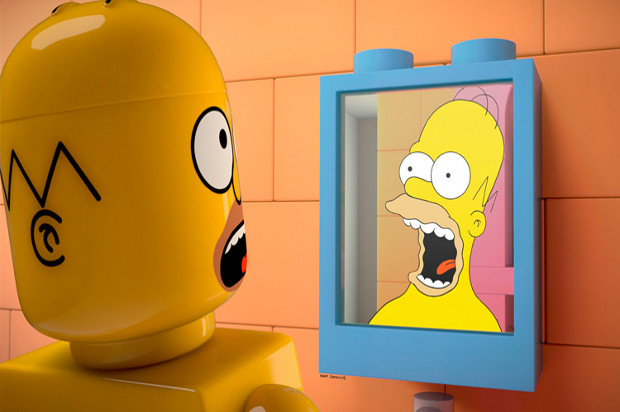 The pickings are starting to get slim, as the lights are starting to flicker and dim on the 2013 – 2014 television season, right as the days start to get longer. And as the days get longer, assuming you subscribe to the Alanis Morissette interpretation of what irony is, it’d be a little bit ironic, dontcha think? Okay, that was a few too many hoops to jump through in order to force the the Morissette issue, but still.

Monday, April 28
The Following (9pm, FOX, season finale)
The Following is like some awkward guy named Dartanian with a predilection for throwing smoke bombs at people in order to mask the fact that despite his leather trench coat and five hundred dollar fedora, there is no substance behind what in his mind should be projecting a totally dark and moody, old soul, kind of vibe. And when called out on his shit, Dartanian can only proclaim, I LEARNED IT FROM YOU, DAD. I LEARNED IT FROM YOU. The fact this Kevin-Bacon-starred loopy cult murder porno has made it this far defies logic, and will only offer further fuel to angry TV fans upset over the cancellation of their favorite show as this remains on the air.

Tuesday, April 29
Playing House (10pm, USA, series premiere)
Because I don’t get to say it enough, I’m going to call it, and say that Playing House is the spiritual successor to the blink-and-you-miss-it Best Friends Forever, which ran as a midseason replacement on NBC’s 2012 schedule. Which makes sense as real life best friends Jessica St. Clair (who you might have seen lately on Comedy Central’s Review with Forest McNeil!) and Lennon Parham both created, starred, and wrote both shows. Playing House features St. Clair and Parham moving back to their hometown in order to raise Parham’s child after divorcing her husband. If the promotions from USA are to be believed, the cast is a deep bench of people who we’ve seen in other places.

Game of Arms (10pm, AMC, season finale)
Well, Game of Arms is still technically a show from the network that brought you Mad Men and Breaking Bad. I believe I am paraphrasing Joe Rogan when he says you could be the best at breaking rocks, but that doesn’t mean I’d want to watch it (in reference to watching the Tour de France). And no matter how gritty and sporting you can make arm wrestling look, or how many puns of other television show titles you can make, maybe the stink of Sylvester Stallone’s Over the Top still hangs over the proceedings to this day. Anyway, I am writing about the finale to let you know that June 1 will be the premiere of AMC’s Halt and Catch Fire, starring Lee Pace, which people are saying is the best show AMC has put out since Mad Men.

Wednesday, April 30
The Ultimate Fighter: Team Penn vs. Team Edgar (10pm, Fox Sports 1)
I can’t front at all, the first season of the Ultimate Fighter that ran on fringe-y man-centric channel Spike TV back in 2005 was the reason I got into Mixed Martial Arts. And nine years later, here we find ourselves with the UFC in a broadcast deal with FOX, and the show that thrust the sport into the mainstream soldiers on. It’s another season of a bunch of up-and-coming fighters that producers will try to hem and haw that these will be the future champions in the UFC, but the reality of the situation (assuming they even get signed to a contract with the UFC and that they don’t wash-out after going 0-2 on the preliminary card) is that they’ll probably end up fighting on local regional cards, using the tune of appearing on the show as a value proposition. Not BAD, per se, but maybe, just maybe this show has outlived its usefulness. De we need regional specific iterations of the show now that most people know about MMA and the UFC and don’t buy John McCain’s human cockfighting line?

Thursday, May 1
Portlandia (10pm, IFC, season finale)
We can thank Fred Arminsen and Carrie Brownstein for inspiring an entire generation of out-of-touch aunts and uncles to tell their hip nieces and nephews to put a bird on it at Thanksgiving dinner. Sometimes the gulf of aloofness and lack of communication is too wide to traverse without pop culture lubricant.

Sirens (10pm, USA, season finale)
The freshman sitcom, produced by Denis Leary and Bob Fisher (which I just learned was an adaptation of the 2011 British comedy-drama of the same name) about a trio of emergency medical technicians in Chicago ends its run tonight.

Vikings (10pm, History, season finale)
The scripted, dramatic show about vikings on the channel that used to be all about canned documentaries about Hitler’s secret link to the occult and is now known for fake reality series about oafs pricing inanimate objects that may or may not have existed in the Antebellum South ends it second season run. History is a part of all of us! Also, it should be noted that Donal Logue, who portrays Danish King Horik in the series, has been cast as Detective Harvey Bullock in FOX’s straight-to-series order for Gotham, the whole prequel, sexy Batman show set to debut next season. And listen, anytime I get to write about Donal Logue is a good day.

Friday, May 2
The Improv: 50 Years Behind the Brick Wall (11:59pm, Comedy Central)
This documentary about the hallowed stand-up comedy club, co-produced with Comedy Central and cable channel Epix, will feature some of your favorite comedians talking about getting their start the vaunted club.

Saturday, May 3
OMG EMT (10pm, TLC, series premiere)
Something like OMG EMT is just a way for TLC to remind people that there was a time that TLC was called The Learning Channel, and that it showed childbirth at 7 in the morning, many moons ago. Maybe TLC is saying it is more than a parade of mutants from the Midwest, and that it is trying to rebrand, much like Ronald McDonald. Or not! Maybe this four-part series is really just another permutation of the whole hospital freak show subgenre TLC is becoming known for, when not showing willful parent child abuse at children’s beauty pageants. Anyway, here is an ‘ambulance selfie‘ (his words not mine) from UFC fighter Ike Vallie-Flagg who most recently suffered a broken orbital bone from Japanese MMA legend Takanori “The Fireball Kid” Gomi at this past Saturday’s UFC 172 in Baltimore. I figure ambulance selfie is something that OMG EMT would be all about.

Sunday, May 4
The Simpsons (8pm, FOX, 550th episode)
The 550th episode feels like an odd number to commemorate (I think of Patton Oswalt’s ‘you are only allowed twenty birthdays‘ bit), but in honor of this institution of a television show, it will be in Lego. Which hey, did you know you can buy The Simpsons house on Lego for two hundred dollars? Now you do.

Resurrection (9pm, ABC season finale)
Resurrection is a show about the dead coming back to life, that stars Kurt Lockwood (aka Red Forman from That 70’s Show and Clarence Boddicker from Robocop) and it is not very good and this is merely a PSA that if you want to watch a show about the dead coming back to life, you are better off watching French series The Returned on Netflix or BBC America’s In The Flesh (the second series starts next Saturday on BBC America). Or, in the genre of mystery missing people, hold off for HBO’s The Leftovers in the summer, or watch some old episodes of USA’s The 4400.