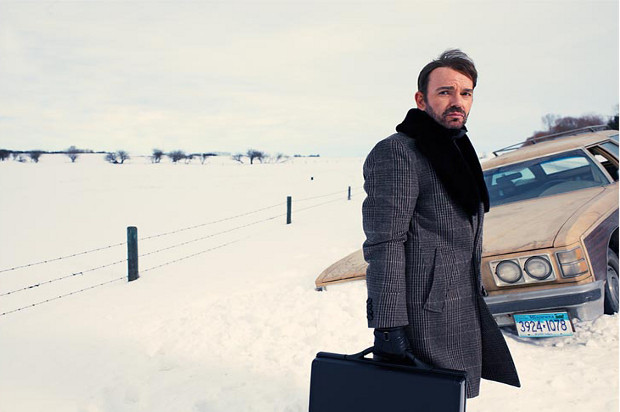 It is high time (HA HA HA) that History Channel or Discovery produce a documentary about the secret history of 4/20 complete with awful Sublime music and that joint sucking sound (ppfffooof-ppfffooof-ppfffoooof) because the history and cultural significance of the number and the day sounds like something History Channel and Discovery would happily latch on to. Heck, maybe get Ken Burns to produce it, because burns is what you do to roaches, man! This year, Easter Sunday falls on this year’s 4/20, and the fact I haven’t seen any ‘secret history of marijuana in Jesus’ time’ documentaries is bumming me out.

Rick and Morty (10:30pm, Adult Swim, season finale)
On top of Community ending this week (see Thursday), Dan Harmon’s latest show Rick and Morty ends its freshman run tonight. Conceived as a riff on the older professor, young protege relationship as made famous with Back to the Future, Rick and Morty has been throughly demented and hilarious in equal parts. It’s really taken advantage of the fact that with animation, there are no limits to what can be written, which serves the show well when one half of your main duo is a drunken mad scientist.

Tuesday, April 15
Fargo (10pm, FX, series premiere)
Aw jeez, one of spring’s most anticipated debuts (so sayeth Entertainment Weekly) is finally here. Between packing a ridiculously stacked cast (Billy Bob Thornton, Martin Freeman, Colin Hanks, Bob Odenkirk, Alison Tolman), blessings from the progenitors of the original film property, the Coen brothers (who are also Executive Producers), and placing itself in the true crime anthology series camp (the toast of the television town at the moment), it looks like we got ourselves a real barn burner. Billy Bob Thornton plays drifter Lorne Malvo, who comes to Bemidji, Minnesota to influence its town people into some awful choices.

Awkward. (10pm, MTV, season premiere)
The fact that Awkward. is on MTV reminds me of the days when I would tune into MTV for more than music videos directed by Hype Williams. The fourth season of the effervescent high school sitcom will be its first season without showrunner and creator Lauren Iungerich, who left the show in June of last year.

Wednesday, April 16
Lucky Bastards (10pm, Esquire, series premiere)
Lucky Bastards is more proof that straight white cis-men ruin everything. If you think this is the male response to Real Housewives of whatever city, then you wouldn’t be wrong, as Lucky Bastards is from the producers of Real Housewives of Atlanta and its spin-off legion. You can also see it as a reality show take on Entourage lifestyle porn that comes years too late, but probably at the perfect time, since the Entourage movie is in production. All you really need to know that it’s about male white privilege running amok in New York City trying to hang slam pieces on their mantles. Also, one of them was on a season of The Bachelor and is an Italian prince, because of course.

Thursday, April 17
Community (8pm, NBC, season finale)
“A not-Dan Harmon fronted season of Community cannot stand” – Abraham Lincoln, probably. Last year’s replacement showrunner season, referred to as the gas leak year in the show, was a total misfire and prompted the rehiring of Community creator/showrunner Dan Harmon. Despite losing cast members Donald Glover and Chevy Chase, it gained Jonathan Banks for a season-long arc (such a shame Banks cannot stay on longer, as he heads off to Better Call Saul), this season of Community felt familiar, in the best ways. High concept episodes buoyed by tons of meaty pathos from what’s now the “Save Greendale Committee.” Its renewal for a sixth season hasn’t been inked yet, but the fact that a movie is in development means we just may get six seasons and a movie after all.

Scandal (10pm, ABC, season finale)
Scandal is by-large a show that exists to generate furrowed brows and gasps, which usually come right before taking the Lord’s name in vain. You know what you’re signing up for when you watch Scandal. And that’s okay. Scandal gonna Scandal, you know?

Friday, April 18
Rake (8pm, FOX, season finale)
The American remake of the Australian legal dramedy starring Greg Kinnear was kind of there until it wasn’t. While not official yet, for all intents and purposes consider this the series finale for the show.

The Writers’ Room (9pm, SundanceTV, season premiere)
On top of being a delightful host, Jim Rash also knows a thing or two about putting words to paper (he won an Academy Award for co-writing The Descendants with writing partner Nat Faxton, wrote The Way, Way, Back). The show, which interviews the writers of our favorite shows returns for a second season, opening with Scandal (which makes perfect sense, and the season finale is this week).

Saturday, April 19
UFC on FOX 11 (5pm, FOX)
Coming out of the Amway Center in Orlando, Florida, the UFC returns to free, network television for another night of free MMA action (the week before its next PPV, naturally). Featuring heavyweights Fabricio Werdum vs. Travis Browne in a number one contender’s bout for the Heavyweight belt held by San Jose resident Cain Velasquez. In the co-main event, a women’s bantamweight bout between Miesha Tate vs. Liz Carmouche.

Orphan Black (9pm, BBC America, season premiere)
Time to bust out your clone power rankings, the second season of last year’s breakout hit starring the goddess Tatiana Maslany returns for another year of ‘oh my christ I can’t believe she’s playing all the clones.’ What I am very much interested in with the second season of Orphan Black would be how it expands on the universe with more mysteries and the characters in play (producers said there will be no new clones introduced this season). Since the audience now has a working relationship with the overall mythos of the universe, without a real mystery of gnaw on I worry that we will be in for a somewhat stagnant season that will just throw up new mysteries that don’t have the same pull as the early episodes did. But I have faith. This is coming from a charter member of Clone Club, by the way.