Better Living Through Chemistry Elaine Stritch: Shoot Me Need For Speed The Face of Love The Grand Budapest Hotel Veronica Mars by Rain Jokinen | March 14, 2014 9:42 am | in Culture | 0

Yes, after making us wait for a whole damn week, Wes Anderson’s latest confection is finally making its Bay Area debut. Here’s the thing: If you don’t like Wes Anderson (and there are more people who don’t than I thought there were!), it is highly unlikely you’re gonna change you’re mind with this one. And if you DO like Wes Anderson, he’s not straying far from form this time around: He’s playing with his dollhouse again, and his dollhouse is beautiful.

Wait one minute. I feel like I JUST contributed money to make this damn movie, and it’s already in theaters? I haven’t even gotten around to re-watching the series yet! Which makes me wonder if I should go into it with a bit of amnesia, and see how it works without immediate knowledge of what came before. Is this purely a movie by and for the fans? Or will it work for those going in blind? SO MANY QUESTIONS! 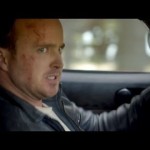 Jesse Pinkman stars in a movie based on a video game. Which seems appropriate, although I kind of thought it would be a different game. Until we get a “Breaking Bad” movie, (which will be never, because…well…spoilers), you’ll just have to get used to Aaron Paul, action star. 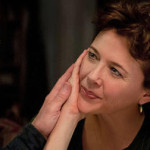 The Face of Love – Embarcadero

You see, her husband dies. And she’s sad. And then she meets a guy who looks just like him. He has the same face. It’s…THE FACE OF LOVE. (Seriously, everyone involved in coming up with a title for this movie should be ashamed of themselves. Annette Bening and Ed Harris deserve better.)

Better Living Through Chemistry – Metreon and Balboa
If you wonder why I will see just about anything Sam Rockwell is in, ask me about that time we were at a party together, and I passed out. So, even if the movie is crappy (which sadly, this one might be), I’ll still sit through it. Thankfully, he’s always good, no matter how bad the movie is. (Also, he totally should have been nominated for SOMETHING for his performance in last year’s The Way, Way Back!)

Elaine Stritch is a national treasure. Just trust me on this.