When I first saw the posters for this, I was convinced it was a joke. Then I saw a trailer on TV, and was sure I was watching a parody from “Saturday Night Live.” Then I found out it was real, and not only that, it was directed by Oscar-nominated Darren Aronofsky! But before my brain exploded, I remembered that only about half of Aronofsky’s movies are any good, and then it all made sense. 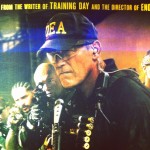 David Letterman makes the transition to the big screen with the lead role in this action movie about a team of DEA agents who raid a drug cartel, when things don’t go as planned.

What’s that now? You say that’s Arnold Schwarzenegger under that baseball cap, and not David Letterman? Ha ha ha! Nice try, but I know Letterman when I see him. 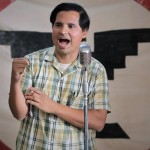 Biopic about the Mexican-American human rights activist stars Michael Pena, America Ferrara, and Rosario Dawson. Chavez deserves many movies to be made about him. Let’s hope this isn’t the only one.

Documentary about cult director Alejandro Jodorowsky (best known for the 1970 film El Topo) and his attempts to bring the Frank Herbert Dune books to the screen in the early 1970s. And man, too bad he didn’t do it! Salvador Dali and Orson Welles in starring roles? Music by Pink Floyd? Designs by H.R. Giger? Was that really the plan, or am I just totally high right now? 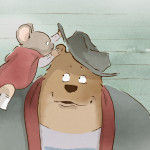 A mouse and a bear become unlikely friends in this French-Belgian film that was nominated for a Best Animated Feature Oscar. There are two versions playing at the Embarcadaero, one in the original French, with English subtitles, and the other a dubbed version featuring the voices of Forest Whitaker, Lauren Bacall, Meghan Mullally, Nick Offerman, William H. Macy, and Paul Giamatti, among others.