First off, sorry San Francisco, but we will not be graced with the presence of Wes Anderson’s The Grand Budapest Hotel this week, and that, of course, is bullshit. San Francisco is the most selected of select cities! We’re the most limited of limited cities! But, alas, we will just have to wait until next Friday, like a bunch of animals.

Perhaps the following will help fill the void…

Previous attempts to bring “The Rocky and Bullwinkle Show” and its characters to the big screen were a little…rocky at best, but this one looks like it could be better than those, and is certainly better than that terrible pun you were just subjected to. But then again, that wouldn’t take much. “Modern Family”‘s Ty Burrell is the voice of Mr. Peabody, but he just…doesn’t sound like Mr. Peabody. Not sure I can get past that fact. 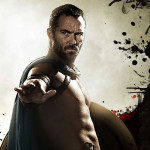 I remember when I finally tried to watch the first 300: It was on DVD and I got 30 minutes into it before I couldn’t take anymore, and I knew if I was going to continue, I’d need to make it a lot more fun. So I downloaded the RiffTrax commentary and started over. I’m telling you, there was no better way to watch it, so I’m going to have to wait this one out and repeat that experience come its DVD release. Besides, Gerard Butler’s abs aren’t in it this time, so what’s the point? 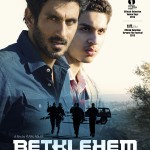 Israel’s official entry for the Academy Award for Foreign Film didn’t take home the big prize last week, (that would be The Great Beauty, which is currently playing at the Opera Plaza), but is finally getting a local run. It tells the story of an Israeli secret service agent and his Palestinian informant, and features a cast of mostly first-time actors.

Until reading about this movie, I had not heard of Mumbai’s “famously efficient” lunch delivery system, and after reading about it, I’m just waiting for someone to turn it into a local app-based service and make a billion dollars. Or is that just basically Postmates? ANYWAY, this romantic drama stars one of India’s most popular actors,  Irrfan Khan, who I best know from season three of “In Treatment”…Man. I miss that show…..ANYWAY! AGAIN! The Lunchbox! It looks kind of charming and romantic! I wonder if my complete aversion to Indian food will impede my enjoyment?