Out Into the World: Linda Perhacs Plays the Chapel 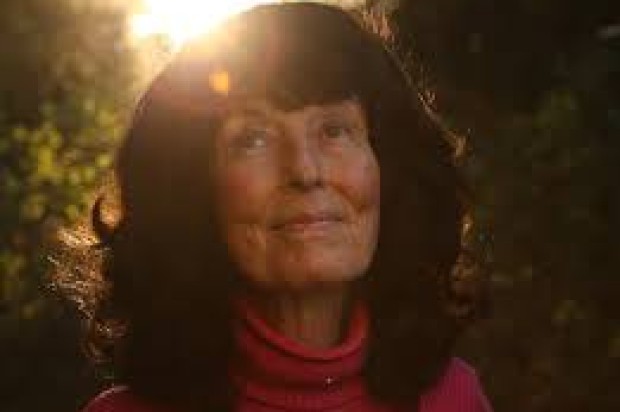 Be it brand partnerships a la Lady Gaga’s selling-in or the more DIY home studio approaches of musical acts like Appeal favorite Galactic, whose latest output has been crafted and released on their own terms, all artists have their own raison d’etre: something that either monetarily or spiritually keeps them going.

For 70-year-old singer-songwriter Linda Perhacs, music was and always has been her outlet and message to the world.

“That’s the only reason I am doing music at my age. Of course I love doing the music, which is so stimulating and enriching, but it doesn’t have anything to do with trying to be the best whatever,” Perhacs tells the Appeal. “The world has a huge need right now. That pulls me from the inside. There’s too much negativity. Anything I can do to increase positivity is essential.”

A composer whose method is steeped in synesthesia, Perhacs’ songs are entirely three dimensional in depth. It was only natural that her first album, released four decades ago, be named Parallelograms. Her first taste of success came through her job as a dental hygienist in Beverly Hills. She was signed to Universal thanks to prolific film composer Leonard Rosenmann, who regularly had his teeth cleaned by Perhacs.

Once he’d heard her music, Rosenmann felt it imperative that she go straight to the studio to record her songs in all their glory. Sadly, Universal packaged her debut album into what they deemed radio friendly but not at all to Perhacs’ liking, prompting her to leave the larger music business. A cult following ushered the re-release of that stunning debut LP, Parallelograms, and Perhacs soon signed to Sufjan Stevens’ Asthmatic Kitty label.

For an artist such as Perhacs, the future of the music business proves hopeful, especially when placed in the hands of a new generation. “They are satellites with the huge potential to communicate, to get through all barriers, and to let the truth of their hearts out and be heard. Sometimes our younger people look to us for some input, and if I can help in any way, I’m ready to do it,” Perhacs says.

Perhacs only recently released her sophomore album, The Soul of All Natural Things, an album that came about slowly and organically. On “Song of the Plants” Perhacs experimented with repetition, trying loops and various trick in an attempt to capture the almost earthen hymn. It took nearly half a decade and the help of those in the studio for the singer to truly realize her vision.

“I had experimented with different items for drones etc. and nothing actually came up as a ‘hit’ for me, that is until I finally got into a studio and was speaking with people who actually knew what they were doing,” Perhacs explains. “There’s an energy there that is transforming for any artist. It’s not just them. It flows through them from a deeper level in the earth. We kinda know when it happens. We look up and say, ‘I am not sure I did that all by myself.’ More than once, it takes several people sharing the same idea to make it all work.”

Perhacs is ready to share that energy with fans all over the world, as she’s touring the West Coast and Europe. She’ll be hitting SF this Wednesday, March 26th at The Chapel. Perhacs has fond memories of the Bay Area from her youth.

“I was raised in Mill Valley just north of SF and went to school at Mt. Tam High,” Perhacs says. “For summer jobs a few of my classmates and myself would work handing out pamphlets for attractions at the docks. I really loved to explore the redwood forests that were close by, so, I am really looking forward to playing in San Francisco!”