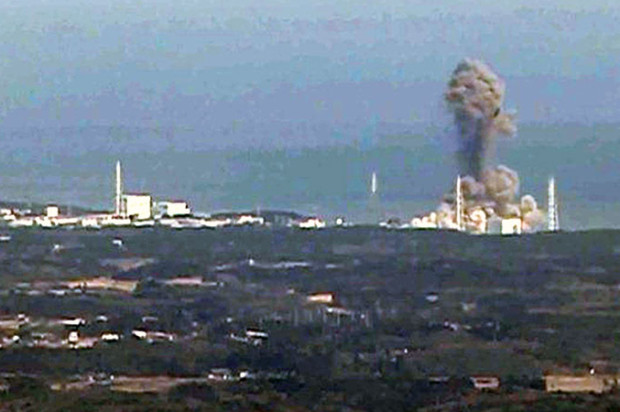 Bay Area residents are marking the third anniversary of the Fukushima nuclear accident today with events including a protest outside the Japanese consulate in San Francisco—one of many planned at consulates across the United States.

Because the disaster occurred on March 11, 2011, the group No Nukes Action Committee, which includes a number of Japanese citizens living in the Bay Area, has been holding regular monthly rallies outside the consulate on the 11th day of the month, according to organizer Chizu Hamada.

During the monthly rally, the group typically submits a letter calling for an end to the use of nuclear power in Japan.

Today at 3 p.m., to mark the third anniversary of the deadly earthquake and tsunami that killed tens of thousands of people, washed away whole communities and critically damaged the Fukushima nuclear plant, the group will be joined by a coalition of anti-nuclear groups.

However, the consul has already informed the group that the letter will not be accepted in person this time, as it has been in the past, Hamada said.

“They said the order came to all consuls in the nation here not to receive the letter, to ask us to send it by mail,” said Hamada, a Berkeley resident for the past 40 years.

Hamada said she is concerned that the Japanese government supports nuclear power despite the accident, which triggered nuclear meltdowns and explosions and forced the evacuation of hundreds of thousands of people.

Hamada said she had not been active in anti-nuclear protests before Fukushima spurred her into action.

She said the subject is a difficult one to even discuss during her annual visits with relatives in Tokyo, who benefit from the power generated at Fukushima.

Hamada said she hopes that continuing action from outside of Japan will help raise awareness and keep the incident fresh in people’s minds.

Other events planned to mark the anniversary include an Ikebana ceremony at Lydia’s Sunflower Center in Petaluma at 2 p.m., followed by a release ceremony at the Salmon Creek north of Bodega Bay at 8:30 p.m.

A breakfast forum is scheduled at the San Francisco Unitarian Church on Sunday at 9:15 a.m. featuring Cecile Pineda, author of “Devil’s Tango: How I Learned the Fukushima Step by Step.”

A Golden Gate Bridge walk was held on Saturday at noon.