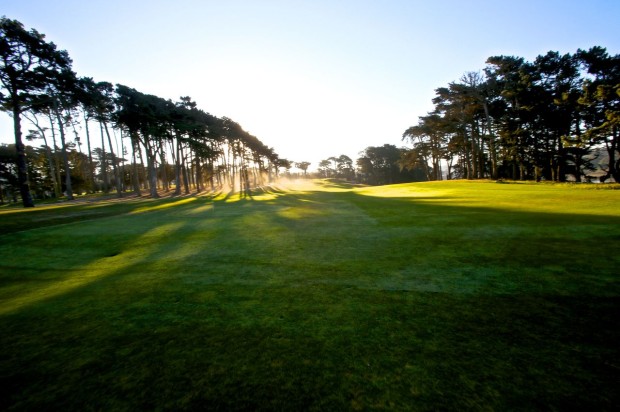 San Francisco city leaders celebrated the reopening of Harding Golf Course this morning following the completion of $1.2 million in renovations to the historic park.

“TPC Harding Park is a world class public golf course that has been part of our city’s storied golfing history,” Lee said in a statement. “San Francisco is proud to showcase the newly renovated greens of Harding Park to residents and avid golf players around the globe.”

Renovations to the park, which began in December 2013, included the replacement of all 18 greens on Harding, which reconfigured the approaches to the greens and refurbished the bunkers.

All bunker sand was removed, and recycled for other use. About 375 tons of pebble beach white sand was used for the bunker renovation.

The renovation used 007 Tyee Mix, a specific bent grass that is more resistant to intrusion and parasites, Chan said. The sod was grown from seed by West Coast Turf beginning last summer, and was transported from southern California starting in February.

TPC Harding Park was named after President Warren Harding, an avid golfer, and opened in 1925. The park was a frequent PGA TOUR stop in the 1960s, and was host to the 2005 World Golf Championship as well as the Presidents Cup 2009.

A third of the funding for the golf course’s renovation came from PGA TOUR as part of the Master Tournament Agreement between the city of San Francisco and PGA TOUR, Chan said.