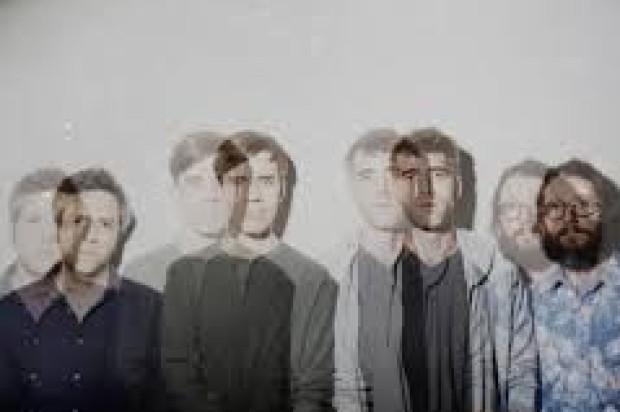 The word “cosmos” has been on the minds of many, what with the Carl Sagan-hosted show making a comeback a la Neil deGrasse Tyson. Despite an underfunded space program, life within our planet and far, far away from it is a fascinating subject. And what fascinating subject would be complete without a bit of music to accompany it?

Enter Yellow Ostrich. For a band tackling such serious subjects as the nature of our existence, the Brooklyn group ultimately takes a playful, inquisitive tone with all that they do. Frontman Alex Schaaf’s alto croon takes listeners on a rather pleasant journey through their latest LP, Cosmos. Throughout the album’s ten tracks, there’s a sense of heaviness punctuated by sheer wonder. Opening track Terrors lays bare mortality within the first chorus.

“I think of ‘Terrors’ as a sort of an ominous seduction from the point of view of Death; asking you to come along for the ride, knowing that he’s both the reason for fighting and the reason for eventually giving up. I liked putting that first because it sets up the kind of feeling we were going for: anxious anticipation for something filled with both pleasure and danger,” Schaaf tells the Appeal.

As for the rest of the album, the band has made a sharp turn from 2012’s Strange Land, erring on the expansive and employing the use of far more electronics. Yellow Ostrich’s signature dense harmonies ride atop ethereal synth and jagged guitar, their force alone enough to break the stratosphere. The impact is made all the more intense thanks to Schaaf’s lyrics.

“I was really interested in how these huge cosmic themes play out in our everyday lives,” Schaaf explains. “like how we can spend 5 minutes deciding what flavor of potato chips to buy, while at the same time we’re being warmed by a sun that is someday going to die and cause all life on Earth to vanish. Does it even matter? Should we care? Those are the kinds of questions I was interested in bringing up.”

It’s no surprise that such depths inspired Schaaf to tackle the David Foster Wallace tome Infinite Jest. The book has kept the singer-guitarist incredibly inspired as of late. Wallace’s characters could easily be fans of Cosmos. Imagine a weary Orin Incadenza opening his blinds, answering the phone, and waxing poetic while “Shades” plays at hushed volume.

For those of us existing outside of a novel and craving a bit of the Yellow Ostrich sound, the band is headed to SF, where they’ll play Bottom of the Hill this Wednesday. Despite the distance, the band feels right at home in the city; in part thanks to the chilly, temperate weather.

“When we came up for Outside Lands in 2012, it was like 90 degrees one hour south of the city, and I looked at the weather in SF and it was 48; a nice jolt of cold weather in the middle of a hot tour,” Schaaf says.

Catch Yellow Ostrich this Wednesday at Bottom of the Hill. Purchase tickets here.