Appealing Events: Sharon Jones and the Dap-Kings Play the Fillmore 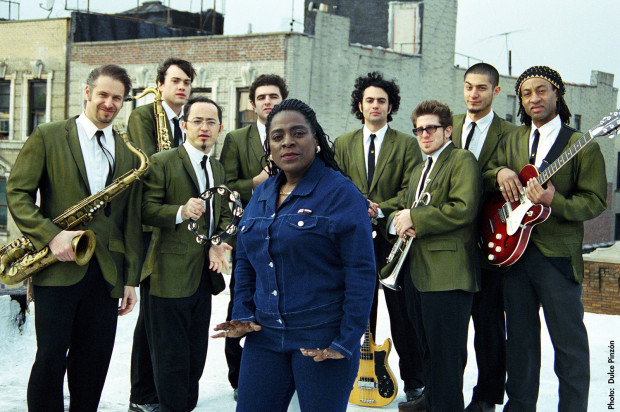 As her latest album suggests, Sharon Jones is ready to Give the People What They Want. Tracks were laid down for her LP right before Jones received a diagnosis of pancreatic cancer. The album was pushed back while the iconic soul singer fought against cancer, and successfully at that.

Now, Jones returns triumphant with her Dap-Kings. Though her band has gone through quite a few personnel changes since linking up with Jones in the early 2000’s, they always had her back. In a celebration of life and music, the group has been touring all over the country and garnering rave reviews at each tour stop. Rather than be mired in her previous diagnosis or the fear of cancer recurrence, Jones has turned that energy into an inspiring strength. Her three nights at the Fillmore this Thursday through Saturday are a testament to that endurance and spirit. Jones’ sharp and sultry voice will have you dancing from night to night.

What: Sharon Jones and the Dap-Kings at the Fillmore
When: Thursday, March 27th through Saturday, March 29th; doors: 7pm, show: 8pm
Where: the Fillmore: 1805 Geary Blvd.
Cost: $35; purchase tickets here.