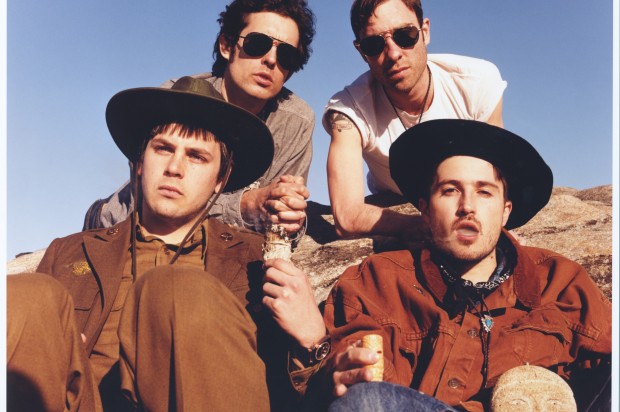 Once known for their provocative live shows, Black Lips have matured into a garage rock band that’s as recognized for their music as they are for guitarist Cole Alexander’s propensity for nudity. Riding high off the release their latest LP, Underneath the Rainbow, Black Lips have gone in more of a garage rock direction as of late and enlisted the help of the Black Keys’ Patrick Carney as producer. Not enough can be said about Tom Brenneck’s production work, as well, proving that Black Lips may have changed the intensity of their grittiness, but in doing so became more fluid and confident.

The Georgia group has never been shy about their live performances, with or without stage antics. Fans looking to catch a great show and hear some of that new material need only wait until tonight, where they’ll take the stage at the Great American Music Hall. Fellow Georgians the Coathangers open the evening with fast and loose punk punctuated by vocals from all three members.