Gloria Stranger by the Lake The Lego Movie The Monuments Men Vampire Academy by Rain Jokinen | February 7, 2014 9:12 am | in Culture | 1

If you were to tell me last year that an animated movie based on a line of toys was going to open on the same day as and be better received than a historical adventure movie directed by George Clooney, I would have said you were crazy. But here we are, and thems the facts. Everyone you love provides a voice in The Lego Movie, (Will Arnett; Nick Offerman; Alison Brie; Chris Pratt; Charlie Day; and on and on), and you might even be able to stand a viewing even if you don’t have kids. 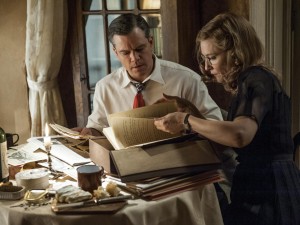 Sorry, George. Maybe if you’d used Legos and not actors to tell this true story about World War II and the quest to save some of Europe’s most historical artifacts, you’d have a hit on your hands. As it is, I still want to see it, just to find out what the hell went wrong. I mean, George Clooney? Matt Damon? John Goodman? Cate Blanchett? BILL MURRAY?!? How do you get all of them together and come out with a clunker??

Oh man. I just….I can’t…I don’t even know what to say. I’m going to have to quote the official summary here, because really, I can’t top this insanity:

Rose Hathaway is a Dhampir: half human/vampire, guardians of the Moroi, peaceful, mortal vampires living discretely within our world. Her legacy is to protect the Moroi from bloodthirsty, immortal Vampires, the Strigoi.

Still, I’m sure there are plenty of people out there who just see the word vampire (or, sorry “Dhampir”) and immediately line up at the theater. Oh Twilight. Look what you’ve wrought.

Stranger by the Lake – Clay

Thriller about a young man who falls in love at a popular lakeside cruising spot during the summer, but soon finds himself and his new lover the prime suspects in a murder. Sex. Death. It’s all very French. 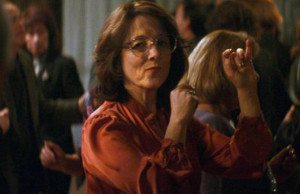 This is not the awesome John Cassavetes movie starring Gena Rowlands as a mafia moll protecting a young Puerto Rican boy, (“I AM THE MAN!”), nor is it the terrible Sharon Stone remake. This Gloria is from Chile, and centers on a middle-aged, divorced mother confronting her empty nest and loneliness through singles parties, and an eventual relationship with an older man.