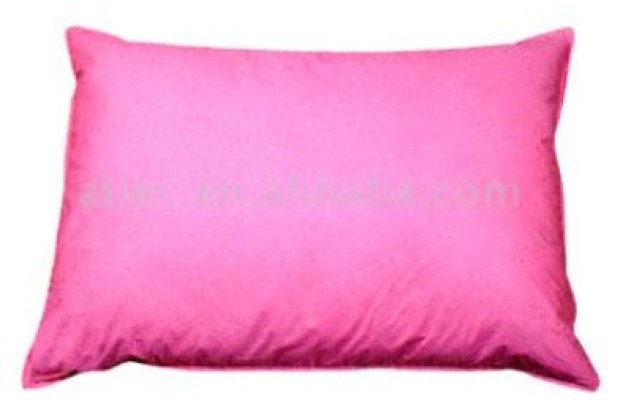 Many Bay Area residents will be showing their zany or sappy sides today and into the weekend at various Valentine’s Day events, including a massive pillow fight, a mass wedding and an underwear run.

An annual pillow fight at San Francisco’s Justin Herman Plaza at the base of Market Street is expected to draw a large crowd this evening.

Participants armed with pillows will gather at 5:45 p.m. ready for battle in the light-hearted Valentine’s Day tradition that sends feathers flying for hours.

Those attending are encouraged to dress up to set the mood for the flurry of pillow smacking.

The city’s Department of Public Works is prepared for the mess that usually accompanies the fight.

Department spokeswoman Rachel Gordon said a dozen employees are “ready to go” with a truck, dryers, a mechanical sweeper and other cleaning equipment.

“This has become a San Francisco event,” Gordon said. “People have a lot of fun with it.”

A mass wedding in downtown Berkeley this evening invites all lovers to say “I do” on this day known for love.

The 5 p.m. ceremony at the Downtown Berkeley BART station plaza will be officiated by Berkeley City Councilman Darryl Moore and other city officials.

There will also be a drawing for three couples to win a mini-honeymoon that includes a stay at a Berkeley hotel, theater tickets to local shows and other gifts from downtown businesses and eateries.

Following the mass wedding, a reception will be held at the Hotel Shattuck Plaza with champagne and cake. Guests are asked to pay a small admission fee.

At the Legion of Honor Museum in San Francisco’s Lincoln Park, a Valentine’s Day-themed scavenger hunt on Saturday will send teams on the hunt for nude art throughout the museum.

Tickets to participate in the “Naked at the Art Museum Scavenger Hunt” must be ordered ahead of time through Watson Adventures.

Another option involving at least partial nudity is the Cupid’s Undie Run in San Jose on Saturday.

The pantless party starts at noon at the Britannia Arms at 173 W. Santa Clara St. and the footrace begins at 2 p.m.

The race is more of a “fun run,” according to organizers, with the course covering a short distance through downtown San Jose.

The run raises money for the Children’s Tumor Foundation.

For those less inclined to celebrate the day romantically, the Crowne Plaza Hotel in Palo Alto is hosting an “Anti-Valentine’s Day Party” tonight.

The event with the tagline “Eat, Drink and Be Bitter!” starts at 8 p.m. at the hotel, located at 4290 El Camino Real.

The party features cocktails and “bitter” bites to eat, along with plenty of dancing to classic break-up songs.

There will be a heart-shaped piñata and attendees are encouraged to bring photos of ex-lovers to shred.

There will be a $50 cash prize for the best “I Got Dumped” story, according to organizers.

In the Valentine’s Day spirit, as many as one thousand senior citizens in Santa Clara County received an extra dose of love with their Meal on Wheels food deliveries this week.

More than 68,000 teen volunteers throughout the country, part of a program with DoSomething.org and Mentor Up, made Valentine’s Day cards for 100,000 seniors who are part of the meal program nationwide.

Those deliveries included 1,000 homebound recipients in the county.

The cards were delivered by local Meals on Wheels volunteers.