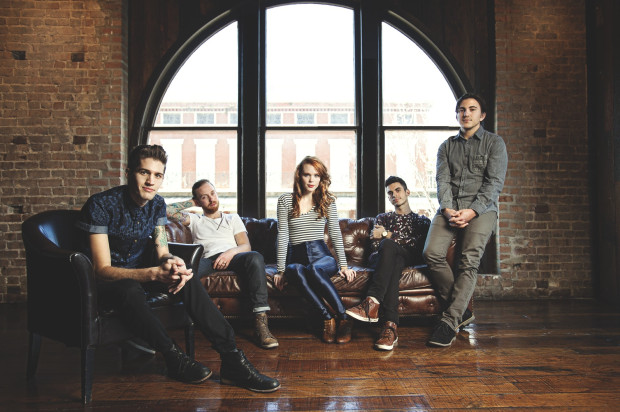 Royal Teeth are the perfect pick-me-up in a week spent stressing about Valentine’s Day (in one capacity or another). Whether you’re still figuring out where to take your honey or just how much rage you’re going to throw at a bullshit holiday, there’s a reason to celebrate it all at the Chapel.

The sextet formed in New Orleans, though members are as varied as the Cajun landscape and hail from across Louisiana. They’re a relatively young band with ambitions only heightened by their work ethic. Debut LP Glow came about between tours and “couldn’t have been made at a better time,” explains frontman Gary Larsen.

“It was a good decision for us. Dangerbird rereleased our EP… touring played a huge factor in the album. It was very exciting to go to, say, Galveston, and move through these different markets or places we were playing for the first time. I wasn’t completely sure how we would be received but things were great. It’s weird to think how close Texas is to Louisiana but to still see our reach,” Larsen tells the Appeal.

A particularly humbling moment came during last year’s Festival International in Lafayette, Louisiana. For most members of Royal Teeth it was a hometown crowd and a surprisingly sold out show; a triumphant return indeed from their whirlwind of touring and the release of Glow. The band has an infectious joy and onstage energy that reflects back on the festival culture they grew up with.

“We make upbeat music and want our shows to be fun. Maybe we’ll shoot some confetti but the biggest thing we want is that audience connection. We want you to let go and dance and sing and feed off that interaction,” Larsen says.

The band brings that energy to San Francisco tonight at the Chapel. The city feels a little bit more like home for the band, Larsen explains, because Nora Patterson, the singer and percussionist whom he shares such intimate interplay in harmony and rhythm, has family here.