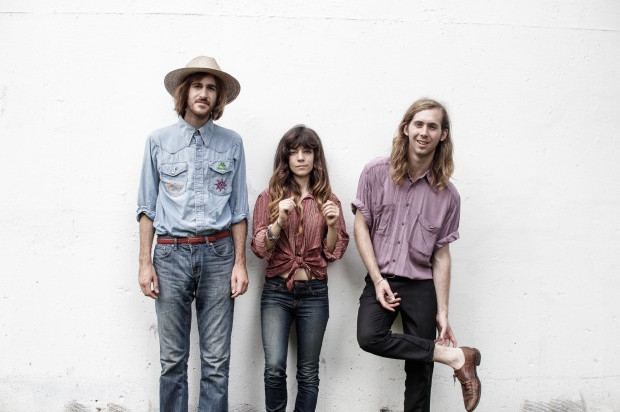 Boston-based indie outfit Quilt are all about connections, as much of as patchwork as their namesake. Their music weaves in the loose ends of free-spirited Bay Area jam bands, punk/DIY aesthetics, and bits of garage rock for flair. The hippie happy music of our fair land was enough to even inspire a failed band name, Grateful Flag. Singer-guitarist Shane Butler chose it as a pairing of the bands Grateful Dead and Black Flag. How Quilt got their name is simple word association.

“It was a slightly random and instinctive decision,” frontwoman Anna Fox Rochinski tells the Appeal. “We were sitting in my old room, just starting out. We ended up throwing out band names just by looking at objects and somehow Quilt stuck. We had some weird contenders, though; Shane wanted Grateful Flag and Taylor suggested Alphabet Eyes, which sounds kind of creepy. I think I remember Desk on the list, too.”

Influences aside, California holds a very special place in the band’s heart thanks to an opinionated Polish man and his shop of oddities. A chance stop in Florida got the band a dream catcher that still hangs in their tour van and even a tour mascot: a stuffed California raisin straight out of the late ’80s. “He’s always there for us,” Rochinski says with a laugh.

The shop’s owner “carried anything you can imagine: weird treasures, seashell chandeliers, old magnets. He had a very strong political agenda and ended up printing it out for us and even reading it to us.” Rochinski and co. are attracted to interesting characters, making their stop in SF a definite point of interest. The band has only played one show in the city at the Rickshaw Stop well over a year ago. Luckily for their fans, they’ll be returning to SF at Bottom of the Hill on Valentine’s Day.