Not Guilty Plea, $350,000 Bail For Driver Who Allegedly Killed Pedestrian Then Tried To Walk Away 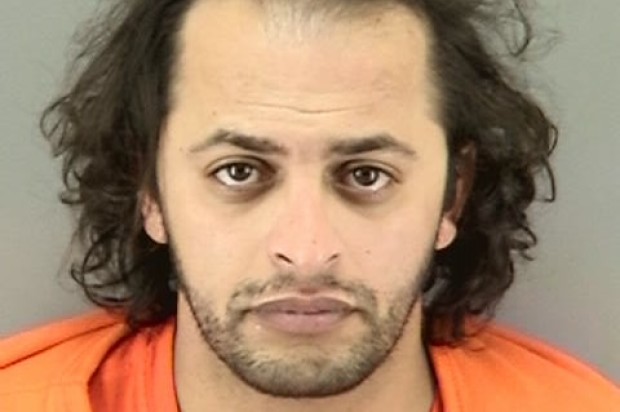 Just before 1 a.m., Lambert was crossing Van Ness mid-block and outside of a crosswalk when a car driven by Hussain struck him, according to police.

Prosecutors said Hussain was speeding, going above 48 mph in the 25 mph zone on that stretch of Van Ness Avenue.

Hussain’s attorney, Deputy Public Defender Alex Lilien, said in court that the accident was “very unfortunate” but noted that his client was not under the influence of drugs or alcohol.

A woman with her head covered in a scarf, who said she was Hussain’s sister, was visibly upset in court during the proceedings.

Assistant District Attorney Phoebe Maffei said Hussain struck Lambert in a well-lit area and after he struck him, he backed up the car, got out and took items out of the vehicle’s trunk.

Maffei said Hussain then walked away from the scene on Pacific Avenue, where police found and arrested him.

“No only was there the death of a civilian, but a person trying to escape responsibility,” she said.

According to the district attorney’s office, Hussain was found with stolen credit cards and possibly other items taken around 10 p.m. Tuesday from a car near Van Ness Avenue and Geary Street.

He was driving a rental car when he struck Lambert.

Hussain also has a pending case out of San Francisco Superior Court on two charges of grand theft stemming from two incidents in San Francisco on Jan. 6.

In that case, Hussain is accused of stealing cellphones on two separate occasions. Prosecutors said he asked pedestrians to borrow their phones while in a rented Hyundai Santa Fe.

The pedestrians handed over their phones in the 1100 block of Fillmore Street and in the 500 block of Divisadero Street. In both situations, he started to make a call, then took the phone and fled, prosecutors said.

District Attorney George Gascon said a “Find My Phone” application on one of the stolen smartphones led authorities to Hussain.

This afternoon, Judge Philip Moscone ordered that Hussain be held on $350,000 bail.

His next court appearance is scheduled for March 4.

“It’s important to prevent this from happening in the first place,” Gascon said.

There have been three pedestrian fatalities in San Francisco so far this year.

Staff at San Francisco-based microloan firm Kiva, which provides small loans to support workers and small businesses around the world, said Lambert had been working at the company for nearly two years.

He worked with volunteers to help translate loan descriptions from French, Russian and Spanish into English, according to his LinkedIn profile.

According to his profile, Lambert attended university in the United Kingdom and was originally from Northern Ireland.