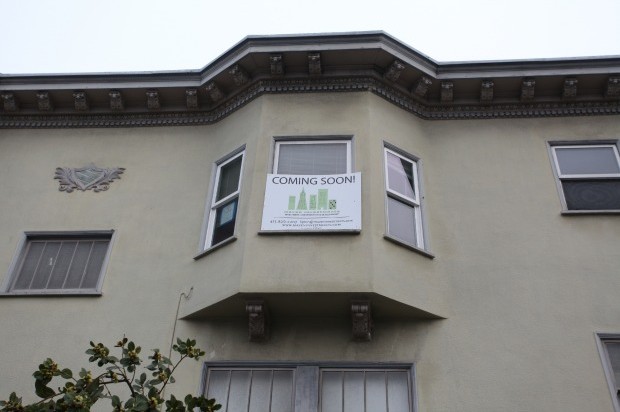 The three remaining tenants of 2405 Anza St. — who were involved in an Ellis eviction battle The Appeal reported on last fall — have accepted a settlement offer from Craig Lipton, the real estate investor who has admitted to real estate conspiracy.

As reported last October, real estate investor Craig Lipton and his associates Keith Goodman and Craig Mallery purchased the 90-year-old, four unit residential apartment building with the plan to flip the property for at least $1,599,000 million. If that plan failed, they told the tenants that they would be evicted, and the building would be converted into a tenancy-in-common.

According to Paragon Real Estate Group, residents of the rent controlled one bedroom, one bath units (two of which include parking spaces) pay between $716 and $1,478 a month in rent. Buyers can expect as much as $2,900 in rent for each unit, Paragon suggests.

As of last October, one tenant told The Appeal that Lipton and his associates had been pressuring tenants to leave from the moment the property changed hands. While Lipton told The Appeal that he offered tenants “double” what is required by the Ellis Act to relocate, the tenant, speaking anonymously, confirmed that Lipton’s offer was above what was required, but not by enough to make a departure economically feasible. As a result, the tenants unanimously rejected Lipton’s offer as “substantially inadequate.”

However, it appears a lot can change in two months. Since then, a settlement has been reached, and all the tenants of 2405 Anza will be moving on by the end of 2014.

Two of the tenants, one a single man, the other a single father, will be required to leave by March 31, 2014. The remaining pair — an elderly couple who have been living at the location for 36 years — will have to move out by the end of December 2014, according to one of the tenants.

The anonymous tenant declined to discuss the deal any further, only saying that an agreement was reached in mid-December.

Lipton declined to comment in detail as well. But, he did confirm that a settlement was reached, and that no official Ellis eviction notice was filed. According to a document Lipton sent The Appeal in November, the settlement included a greater cash payout than the amount required by the Ellis act, which requires $5,210.91 per tenant, and an additional $3473.93 for each senior.

The Appeal was unable to confirm whether that document accurately reflected the deal reached with the tenants in December.

As you might recall, Lipton is the same real estate speculator who pled guilty to participating in a “conspiracy to rig bids” to obtain real estate at public real estate foreclosure auctions in San Francisco, according to federal court documents. The purpose of the conspiracy was to “suppress and restrain competition to obtain title” of real estate within the city — essentially buying properties for less than their fair market value.

The charges included violating the Sherman Antitrust Act and Mail Fraud, carrying maximum sentences of 10 and 30 years respectively, as well as fines. “I have accepted responsibility for my involvement in the illegal activities at the steps [where foreclosure auctions are done in the city]…my name has been tarnished over a few thousand dollars,” Lipton told The Appeal.

Despite the fact that Ellis evictions are very difficult to beat, the tenants at Anza used Lipton’s legal issues as way to draw attention to their plight. “BLDG OWNED BY CONVICTED REAL ESTATE FELON THREATENING ELLIS ACT EVICTION OF TENANTS” read one of the signs posted in the property’s window last fall.

All-caps signs weren’t the only strategy tenants pursued: according to San Francisco Board of Appeals documents, the tenants put a stop to construction Lipton had begun — the building is destined to become a tenancy-in-common — by lodging a formal appeal of the building permits the developer acquired from the city.

“Whatever repairs the owner may be contemplating,” the tenants wrote in their appeal letter, “Amount in our estimate, to a covert attempt to remodel the units while the tenants are still living here, while at the same time, inducing them to leave.”

Once an appeal to a building permit is filed, the permit is put on hold, and all construction must stop until a hearing is held over the dispute. Although the tenants ultimately settled with Lipton before arguing before the Appeals Board, the strategy may well have delayed Lipton’s plans, and provided additional leverage for the tenants to reach a favorable agreement.

The Anza tenants’ plight reflect a growing trend in San Francisco’s Richmond District — which is fast emerging as an Ellis eviction battleground. Combined, the Inner and Outer Richmond have one of the highest Ellis eviction rates in the city, District One Supervisor Eric Mar told The Appeal.

“This is the tip of the iceberg,” he said, and added that his office is hearing numerous anecdotes from residents, who worry about displacement and eviction. The startlingly high level of Ellis evictions threaten to tear apart a neighborhood populated by multi-generational Asian, Jewish, Irish, and Russian families, as they have in other neighborhoods.

“I see the eviction crisis as the most important priority in our district at the moment,” Mar said. The supervisor also mentioned several initiatives aimed at curbing speculation, and bringing new housing on line. Also, Mar said, the city wide Tenants’ Convention last Saturday is another encouraging development, giving him hope that residents are learning how to fight back.

But, for the tenants of 2405 Anza St. the battle against eviction and displacement is over. At least for now.