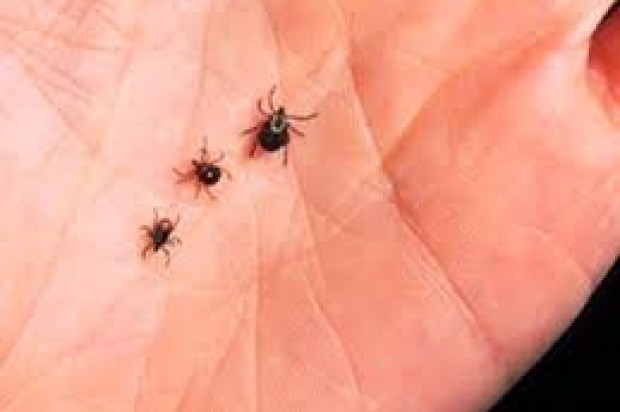 Lyme disease is more widespread in Bay Area open spaces than previously thought, according to the results of a new study announced today by Stanford University researchers.

The study, called “Tick-borne Pathogens in Northwestern California,” also revealed that Bay Area ticks carry a second bacteria, previously undetected in the region, that can bring on flu-like symptoms in infected humans, such as relapsing fever and severe aches and pains, according to Dan Salkeld, a disease ecologist at Stanford Woods Institute for the Environment.

“It had been seen before in a couple of places around the Northwest, but we had no idea it was in California,” Salkeld said.

The two strains of bacteria were found by researchers who fanned out into 12 open space preserves in Santa Clara and San Mateo counties and dragged big white blankets through woodlands, grasslands and chaparral environments, collecting ticks that stuck to the material, Salkeld said.

Lyme disease and the second pathogen—known to scientists by its scientific name Borrelia miyamotoi—were detected in around two percent of ticks that stuck to the white blankets, Salkeld said.

While the pathogens were detected in a far lower percentage than in the Northeastern U.S., where around 35 percent of ticks are carriers, it was still a higher result than many people expected to find in the Northwest.

“A lot of people think you just can’t get Lyme disease in California,” Salkeld said. “It’s often under the radar, so sometimes it takes a really long time for the disease to be diagnosed.”

A group of concerned citizens in Portola Valley and Woodside started the non-profit Bay Area Lyme Foundation after several residents came down with the disease, but did not have it appropriately diagnosed for months.

“It often goes under the radar here,” Salkeld said.

The Foundation funded the Stanford study to begin to understand just how common Lyme disease is in the region.

“Lyme disease is widespread throughout the Bay Area,” Salkeld said. “We found it in every single (test) open space, and every type of terrain.”

For Bay Area residents who take advantage of the vast array of parks, trails and open spaces in the region, some simple precautions can be taken to avoid being bitten by ticks and potentially infected with Lyme disease or other tick-borne illnesses.

Hikers, walkers and bikers should try to stay in the middle of trails, avoiding brush, woodpiles and logs, Salkeld said.

After spending time outdoors, residents should check themselves thoroughly for ticks, especially their hair.

Pets should also be thoroughly checked for ticks after a walk in the woods, Salkeld said.

Anyone who develops symptoms—fever, headaches, rashes or fatigue—should consult a doctor familiar with Lyme.