Appealing TV: The Winter Olympics, The Walking Dead, and The Devils Ride 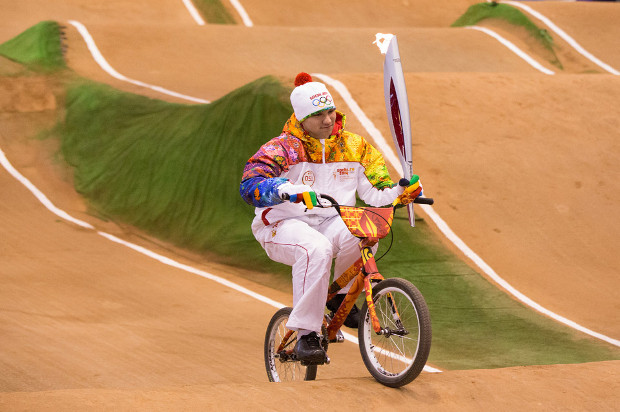 When I was in the third grade, I distinctly remember my teacher taking umbrage at the network then known as UPN’s attempt to counterprogram against the 1998 Winter Olympics by saying “No! No! Nagano!” to get you to watch Homeboys in Outerspace or something.

Tuesday, February 4
The Biggest Loser (9pm, NBC, season finale)
The real prize of The Biggest Loser is putting off the inevitable just a bit longer. The inevitable in this case being the post Biggest Loser weight gain, because the lengths the show goes to project this image of health isn’t sustainable. And always remember, the show is sponsored by the same companies who helped all of us get fat in the first place.

Thursday, February 6
2014 Olympic Winter Games (8pm, NBC)
Since this is NBC and they think people cannot be trusted (or bothered) to watch the games when they are actually broadcast in Sochi time (because time travel!), strap in for seventeen days of prime-time Olympic coverage of events that occur during the day, just like in the 2012 Summer Olympics. This way you can get a super narrated account of what happened, as we learn all about our American Olympians and whatever they do, after the fact. Tonight’s chunk kicks off with Snowboarding (Men’s and Women’s Slopestyle), Freestyle Skiing (Women’s Moguls), and Figure Skating (Team Event). But here’s a full guide to watching the Winter Olympics.

Jimmy Kimmel Live! (11:35pm, ABC)
Noted Jimmy Kimmel antagonist Matt Damon returns to hijack the the namesake show for a second time since last January. The entire thing is just a giant promotional push for Damon’s new film, The Monuments Men, which is opening this week, as you can tell from the guests Damon is bringing with him. Including: George Clooney, Bill Murray (who’s never been on the show), John Goodman, Cate Blanchett, and Bob Balaban.

Have we heard about the sex lives about Winter Olympians yet? Because do Summer Olympians get it more than Winter Olympians, or is it an everyone in the Olympics can get it can get it kind of situation? And how will this factor in with host country Russia and its aggressively homophobic stance, oops did I just type that out loud?

Diners, Drive-Ins & Dives (10pm, Food Network, season premiere)
Guy Fieri takes us on a tour of his hometown of Ferndale, California in Humboldt County. But besides his birthday on January 22nd, the sentencing of Guy Fieri Lambo thief/real life Lex Luthor Max Wade not too long ago, and the announcement of Guy’s Keurig coffee line, Guy must be feeling pretty good right now. So instead of a clip from Diners, Drive-Ins, & Dives, here’s a Free Max Wade music video friends of Max Wade made.

How long before the Max Wade biopic is made? If we live in a world where Pain and Gain and Wolf of Wall Street can exist, it is only a matter of time. I say Diablo Cody writes the script.

Saturday, February 8
Lil Bub Special Special (9pm, Animal Planet)
It’s not enough to have a channel nowadays. Anyone can have a channel. This isn’t the early aughts where we can talk about the democratization of media anymore. Let’s talk talk shows. With this being Animal Planet, of course, let’s give a prime time night show to a cat. But not just any cat, let’s give a prime time talk show-cum-special to notable cat of the internet Lil Bub. And let’s have Andrew W.K. and Amy Sedaris as guests. Purrfect.

Sunday, February 9
The Walking Dead (9pm, AMC, winter season premiere)
Hey, when he’s not brooding and braining walkers, where does Rick Grimes like to eat? Golden Coaaarrraaaaalllll. Shut up. That was hilarious. The Walking Dad finishes off its fourth season with eight more episodes of sadness, maudlin montages, and tricking people into thinking something is actually happening. Which is The Walking Dead’s cruel joke! And, of course, be on the lookout for the return of Chris Hardwick’s celebrity post-show gabfest Talking Dead (10pm, AMC). 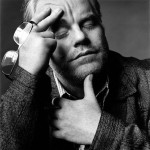