Appealing TV: The Tonight Show With Jimmy Fallon, Tosh.0, Growing Up Fisher, and About A Boy 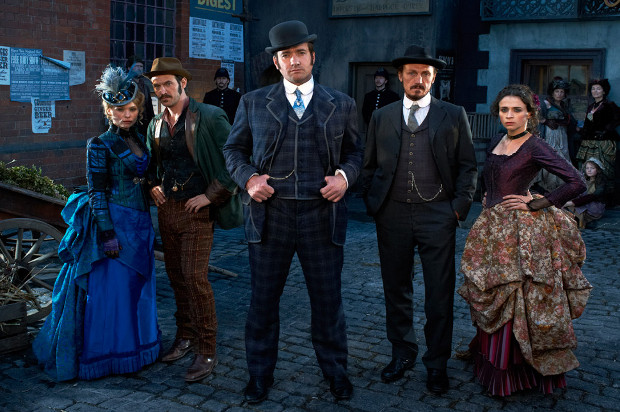 The Winter Olympics end this Sunday, and with that a dream of spring (read: television) arrives. As if this were a forthcoming novel from a certain fantasy novelist in a certain hard-fantasy series that’s become a beloved series on a certain premium cable network. But I digress.

Monday, February 17
Star-Crossed (8pm, CW, series premiere)
There is not enough science fiction on television, this is a fact. Even if the sci-fi has to be delivered by way of a Romeo-and-Juliet-style riff on the cult film/tv series Alien Nation vis-à-vis puns in the title vis-à-vis metaphors about integration. Star-Crossed is also a comfort food return to form for The CW, as its forerunners WB/UPN’s aired Roswell from 1999 to 2002 (for which which Friday Night Lights/Parenthood creator Jason Katmis wrote). Speaking of FNL, Coach Taylor’s daughter, Aimee Teegarden, stars in this. I am most likely not going to watch it, but I am happy to know that it is out there (like the truth, and X-Files gifsets).

As an aside, I’m not sure I’d be ready for a world where extra-terrestrial romance earns its own section in a bookstore, apart from paranormal romance. But I don’t think any of us are.

Worst Cooks In America (9pm, Food Network, season premiere)
Bobby Flay and Anne Burrell again anchor this manufactured horror show of the worst cooks in America, so Americans can enjoy an inspirational tale of product placement and reminders that cooking food is one of the true pleasures in life. Especially when you get your branded Bobby Flay stockpot at like Kohl’s or something.

The ‘reality’ on Food Network is as industrial and manufactured as beef you’d find in any megamart.

The Tonight Show with Jimmy Fallon (Midnight, NBC)
With the long-standing national nightmare of Jay Leno’s tenure on the Tonight Show over (for now), your parents are going to have one less thing to look forward to watching after NCIS. I bet they’ll have the audacity to say that ?uestlove should cut his hair or something. This also marks the return of the Tonight Show to New York City since its move to Burbank, CA.in 1972.

Speaking of not awkward at all tie-ins, GE (former owners of NBCUniversal) will be a sponsor of the show, including in-show integrations and branded “Tonight Show Fallonventions.” If I were to try and look on the bright side of this, I would say that this is a throwback to old timey television when dish soap would sponsor talk shows.

Will Smith and U2 break in Jimmy Fallon’s couch on his first night.

Tuesday, February 18
Tosh.0 (10pm, Comedy Central)
An America’s Funniest Home Videos for a generation that only knows how to communicate through clip-shows illustrating via banal and obvious commentary the human condition by way of failure on the internet.

Wednesday, February 19
Super Fun Night (9:30pm, ABC, season finale)
By ‘season finale’ I mean, this is for all intents and purposes the last we’ll see of this show. Which is a shame, as this was the highly talented Rebel Wilson’s foray into American television (she created the show). The show never found its footing, and whose idea was it for Rebel Wilson to adopt an American accent? If it does return for a second go-around, would love a soft reboot.

Thursday, February 20
Killer Karaoke (10pm, TruTV, winter season premiere)
First: karaoke is fucking great and if you think different, that’s okay and I validate your stance, but come on.

Second: Killer Karaoke is the answer to the question of “how do we give karaoke more stakes?” (Answer: Sugar Rays’ Mark McGrath hosting, humiliating challenges while karaoke is going on)

Third: TruTV is the Florida of television.

Friday, February 21
Say Yes to the Dress (9pm, TLC, season premiere)
Because ‘Say yes to gender/hetreonormalitiveness, and supporting an antiquated system based on treating women as property’ doesn’t roll off the tongue as well. Or something.

But hey, I’m great at weddings. Chances are I’ll probably dance with an elderly member of your extended family at a wedding reception.

Saturday, February 22
Ripper Street (9pm, BBC America, season premiere)
I initially passed on Ripper Street because I thought the premise was based on hunting Jack the Ripper, which (as history teaches us is/was a fool’s errand). Also, I already had my fill of jaunty period murder police pieces with fellow channel stablemate Copper (which ended up getting canceled anyway). It turns out the series takes place in the wake of the Jack the Ripper murders, and is a highly detailed period piece detailing women getting murdered.

About A Boy (11pm, NBC, series premiere)
11pm on a Saturday night feels like a strange time to launch a new series, but then I have to remember it is launching after NBC’s nightly Olympic broadcast. After tonight, look for episodes of About A Boy Tuesdays at 9pm. Based on the Nick Hornby novel (it was also a movie starring Hugh Grant), the television series takes place in San Francisco (preparing my ‘times its called Frisco’ counter) starring David Walton and Minnie Driver, as well as San Francisco native Al Madrigal. This was also developed by Friday Night Lights’ and Parenthood’s Jason Katmis (who is getting a lot of shine in this week’s Appealing TV!).

If you’ve read the book or seen the movie, you know what you’re gonna be in for.