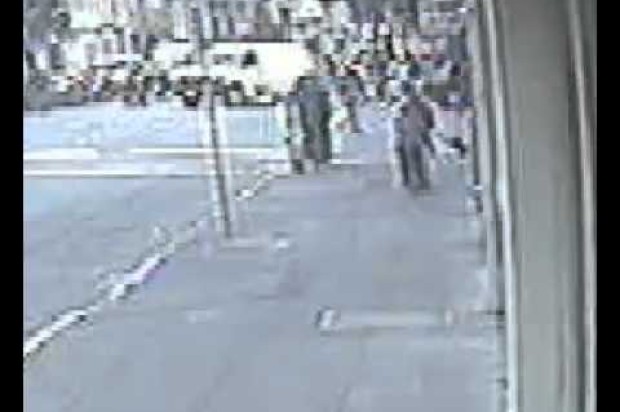 A man and a woman who allegedly hit and injured a pedestrian and then fled in San Francisco’s Tenderloin neighborhood on New Year’s Eve have been arrested, San Francisco police said today.

Veronica Gonzalez, 33, and her boyfriend, 25-year-old Ivan Roldan, were both arrested in connection with the hit-and-run from New Year’s Day that occurred on Turk at Leavenworth streets, police said.

The incident was reported around 9:45 a.m. after the pedestrian was walking west on Turk Street in the crosswalk with the green light.

A black BMW allegedly ran the red light and struck the pedestrian.

The car then backed up and stopped.

Police said there was a 1-year-old in the back seat of the BMW.

From the impact of the crash the pedestrian was thrown into the intersection and a white van ran over the victim.

The driver of the van backed up the vehicle and parked along the curb on Turk Street. The driver never identified himself to police and eventually drove away, heading west on Turk Street, police said.

The person who was thrown into the street was hospitalized and continues to recover, police said.

The van driver has not been found, police said. He is described as a man between 30 and 40. He was wearing a blue-and-white checkered shirt.

Surveillance video of the van is available below.