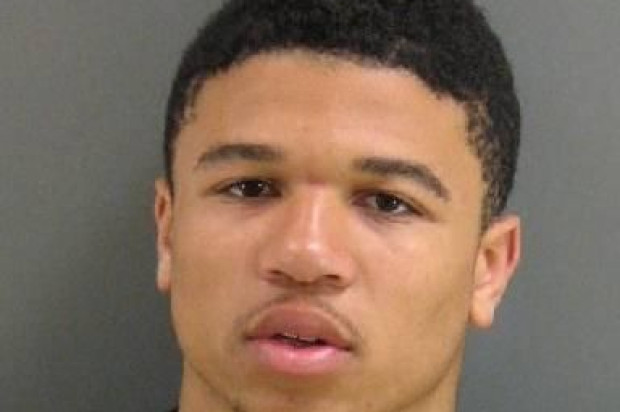 A tip from a web site led to the arrest this week of a fugitive wanted in connection with the 2010 fatal shooting of a German tourist in San Francisco, an official with the U.S. Marshals Service said today.

Devante Laws (pictured above), 21, was arrested in Hayward on Thursday just days after officials received a tip as to his whereabouts, according to Deputy Joe Palmer.

He was wanted on suspicion of being an accessory to murder in the shooting death of Mechthild Shroer, a 50-year-old German woman killed near San Francisco’s Union Square on Aug. 8, 2010.

Six other people have been charged in the shooting, which prosecutors have said occurred during a shootout between groups of people outside a private party. Two teens were also struck by the gunfire but survived.

Palmer said the tip that led to Laws’ arrest came from a web site that was announced only last month, Northern California Most Wanted.

“He’s actually one of the more high profile cases on there and we got a tip through that web site that led to his arrest,” Palmer said.

The web site can be seen at northerncaliforniamostwanted.org.