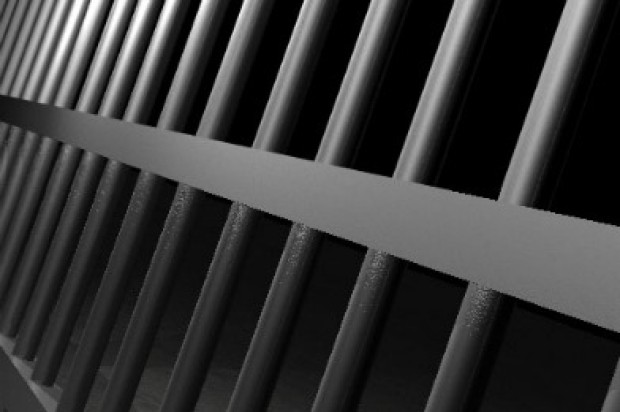 A Board of Supervisors’ neighborhood services and safety committee today discussed plans for a $290-million jail project to replace the decrepit jail facilities on the top two floors of the Hall of Justice.

The jail replacement project is part of a larger program to relocate city agencies from the “seismically deficient” building at 850 Bryant St. by 2019.

The Board of Supervisor’s budget and legislative analyst put together a report released today on the costs and feasibility of different jail replacement sites and configurations.

The recommended proposed replacement jail would have 640 beds and be built at a site adjacent to the Hall of Justice where a McDonald’s fast-food restaurant currently resides.

As part of the proposed design, there would be a tunnel connecting the two buildings, according to the city’s Department of Public Works staff who presented at today’s hearing.

The current jail facility at the top of the Hall of Justice houses about 600 inmates.

There is another jail facility adjacent to the Hall that was built in 1994 that would remain at that site.

The entire San Francisco jail system, which includes a city-owned facility in San Bruno built in 2006, has 2,515 beds.

Construction on the replacement jail is slated to begin in January 2017 and be completed by December 2019.

Campos said today’s meeting was going to be the first of many to include the public in discussions about a location for the jail, its inmate capacity and the decision on whether a replacement facility is even necessary.

“The county jail population is decreasing at historic rates,” Campos said. There’s the “possibility there’s no need for a jail.”

Another possible alternative would be constructing a smaller replacement jail at the same site near the Hall of Justice.
The smaller facility would have 384 beds and cost $194 million to build.

Supervisor Jane Kim said she was open to all options as long as the current jail facility is closed sooner rather than later.

She said the Hall of Justice jail is “not a safe or healthy environment to be in” for inmates and staff.

Sheriff Ross Mirkarimi, who is a supporter of the proposed 640-bed facility plan, said another option to build the replacement facility in San Bruno seems like a “kicking the can strategy.”

He called any recommendations to move hundreds of inmates to the San Bruno location near the jail already there the “suburbanizing” of the jail population.

He said that plan would require shuttles and transportation costs to get inmates to court appearances in San Francisco and for families to visit those incarcerated at the facility.

“It sabotages the level of community that is already under threat in San Francisco,” he said.

He said moving to the city-owned jail in San Bruno takes on an “out of sight, out of mind” mentality.

He said although there is a record low jail population and successful diversion programming to keep offenders out of custody, “we are going to need some sort of facility.”

“The hope of no jail just isn’t practical,” he said.

He said moving the jail to San Bruno involves transportation costs that are “unrealistic.”

“It’s important for our attorneys and families to have access to clients.

The Public Defender’s Office is near the Hall of Justice.

Opponents of building the jail in San Francisco, including a representative from District Attorney George Gascon’s office, said the city should instead focus funding on programs to reduce the jail population and recidivism rates.

Coalition on Homelessness executive director Jennifer Friedenbach spoke during public comment this afternoon and encouraged diverting money for building a new jail to programming for homeless residents and working with mentally ill residents and addicts who are often arrested.

The Board of Supervisors will have four chances to vote on different aspects of the jail replacement project: during a vote on the city’s next capital plan in Spring 2015, when the environmental review process is completed in Fall 2015, then when approving the property purchase and financing for the project, according to Campos.

In October, the board unanimously voted in support of applying for an $80 million state grant to finance the jail replacement project.
The money would come from a pool of $500 million through Senate Bill 1022 which would be dispersed by the State Public Works Board to counties around the state.