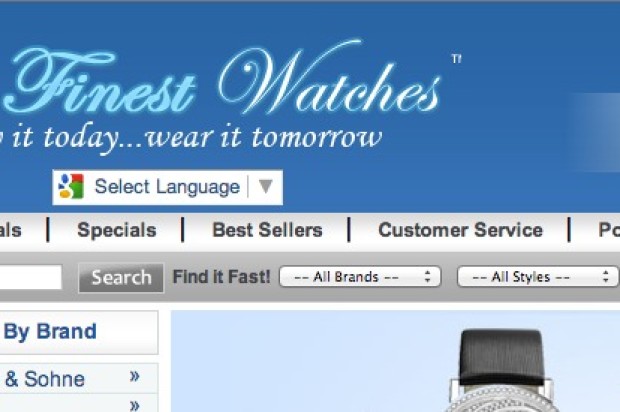 Roger Kuo, 44, is charged with five counts of felony grand theft for a combined loss of more than $65,000. He has not yet been arraigned in the case and was booked into jail on $125,000 bail, district attorney’s office spokesman Alex Bastian said.

According to court documents, Kuo allegedly made false promises to customers and got them to wire money for luxury watches or send their watches and jewelry to him via his websites thefinestwatches.com and thefinestjewelry.com.

In two cases, he allegedly got customers to send watches as trade-ins toward the purchase of a new watch, then did not deliver a new watch or return the old one, prosecutors said.

He also got one customer to send a diamond ring valued at $35,000 to sell on consignment, then did not pay the customer when the ring was sold, prosecutors said.

The cases took place between 2010 and 2012, according to the district attorney’s office, whose investigators arrested Kuo today.

Along with the two websites, Kuo was also operating under the trade names of The Jewelry Vault and Soo Trading Company and had a business address at 360 Post St., Suite 301 (described on thefinestwatches.com as “The Tiffany & Co. Building” in San Francisco, prosecutors said.

Anyone who had suspicious dealings with Kuo is asked to call district attorney’s Investigator Zach Gorton at (415) 551-9558.