Gem, The Recycling Belt Puppy, Will Be Heading Back To Recology With New Guardian 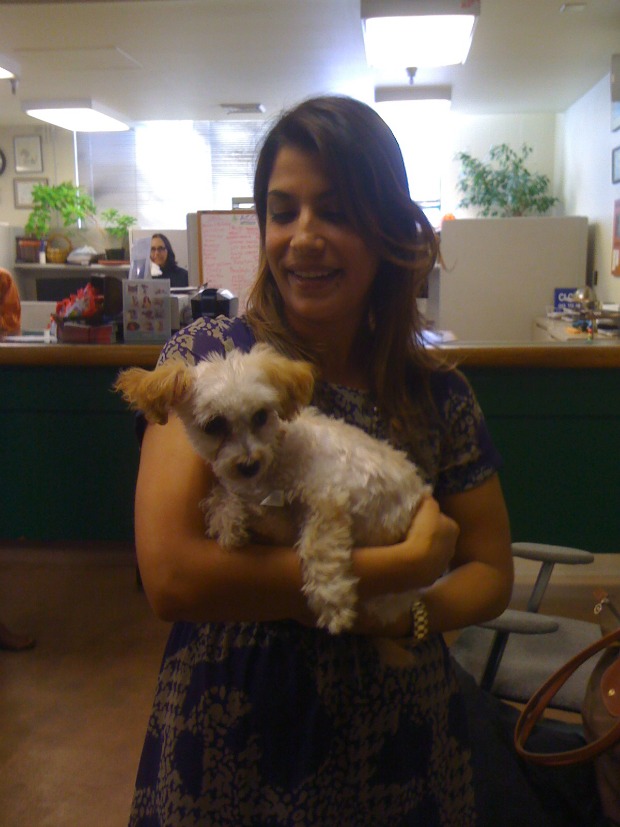 A Recology employee adopted a puppy today that her coworkers rescued from a recycling center conveyor belt in San Francisco last month.

San Francisco resident Patricia Aleman was selected out of more than 200 people from around the country who expressed interest in adopting the 3-month-old female apricot poodle mix nicknamed “Gem.”

Two Recology employees spotted Gem on Dec. 20 after she was unloaded amongst a truckload of bottles, cans and other recyclables onto a conveyor belt, said Animal Care and Control spokeswoman Deb Campbell.

The San Francisco Board of Supervisors honored the two employees who rescued Gem earlier this month.

Aleman, a Recology Golden Gate employee who works in the company’s community affairs and government relations division, picked up Gem this afternoon at Animal Care and Control’s shelter.

Aleman said she learned about Gem from coworkers the day after she was rescued and couldn’t believe the small poodle had survived the recycling collection and sorting process.

“It was such a miracle to see that she made it alive,” Aleman said.

She said the photographs of Gem covered in filth saddened her and made her inquire about the possibility of adoption.

Gem has spent the past month in foster care recovering from her injuries, which included bite marks around her neck, head and ears as well as lameness in her hind legs and discharge in her eyes and ears.

San Francisco Animal Control Capt. Le-Ellis Brown said Gem’s bite marks likely came from rats and although Gem is a small dog by nature, she weighed less than 5 pounds when she was found.

Brown said that Gem may have survived among the recyclables for up to a couple weeks.

Despite her injuries, most of which appear to have occurred before she was put into a recycling bin, the puppy was alert and responsive when she was found, officials said.

At Gem’s adoption appointment this afternoon she was lively, playful and not at all timid.

Aleman said her supervisors at Recology have granted her permission to bring Gem to work with her and that the whole staff is looking forward to getting to know Gem.

Aleman said that it will be meaningful to all Recology employees to spend time with the dog that they helped rescue from their very own facility.