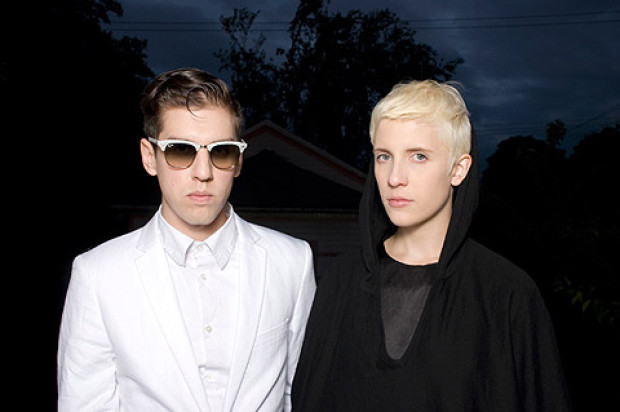 There are few bands that exist as more than words set to sounds, but LA-based YACHT consistently proves that they are far more than music. In fact, it’s almost reductive to call them a band. The group has embraced the type of tenets that led them to radical independence and self-reliance.

“We both came up in the DIY culture of the Pacific Northwest and learned early on that what you don’t have, you make: your own t-shirts, your own ideas, your own scene,” singer Claire L. Evans tells the Appeal.

“We live in an era now where most people receive culture via a two-dimensional LED screen of some size; that’s extremely democratizing. If you can make something that reads well in that medium, you have a key to the world. We encourage people to run with that. Program or be programmed, as Douglas Rushkoff says—and that applies to everything. Write your own holy books if you want. The universe is indifferent.”

YACHT is all about empowerment, which is why it came as no surprise that their latest song acts as a protest to the NSA’s violation of privacy. Collaborating with comedian Marc Maron, YACHT released “Party in the NSA” and also launched a site aimed at educating the masses on what the surveillance entailed and why the band is choosing to fight it. Additionally, the band sought donations for the single, which went directly to the Electronic Frontier Foundation.

The song brought YACHT to Washington, D.C, where they played a protest and has been a hit across the board. Evans and co. were most impressed by Maron’s guitar work and would consider working with the WTF Podcast host again. “We were definitely impressed and would love to tap his skills again,” says Evans.

The band is excited to get back to San Francisco, especially since they’ll be helping to celebrate the Rickshaw Stop’s 10th anniversary this Friday. The venue holds strong memories for the band when it comes to pivotal performances in their career. They supported Vampire Weekend at the Hayes space in 2009 and celebrated the release of See Mystery Lights shortly after.

“We always joke that there must be something in the water – some collective hallucination — that has turned San Francisco in our favor,” Evans says. “We’re always received with love. Some of our fondest memories of all our travels are the rapturous, fun, intelligent crowds we somehow draw in the Bay.”