Don’t Throw Away Your Trashed Clothing: Now It Can Be Recycled 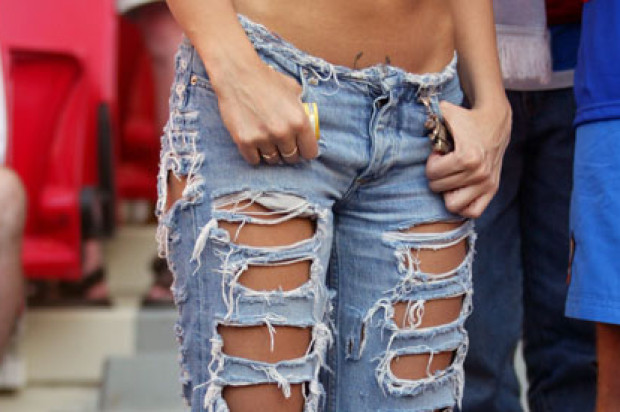 San Francisco city officials today launched a program that will collect and recycle unwanted clothing, bed linens and shoes, keeping them out of city landfill.

The first program of its kind in the nation, Zero Waste Textile Initiative will provide drop off and collection sites all over the city for unwanted textiles that might otherwise be thrown away, according to city officials.

The project, a city partnership with Goodwill, other nonprofits and retail outlets and textile recycler I:Collect, aims to eliminate the 39 million pounds of textiles San Francisco residents send to the landfill every year.

That amounts to more than 4,500 pounds of textiles every hour, according to Melanie Nutter, director of the San Francisco Department of the Environment.

“San Francisco set a goal in 2002 to achieve zero waste by 2020,” said Nutter, speaking in front of a sculpture made up of eight-foot columns of second-hand clothing.

“Today we are diverting 80 percent of all waste from the landfill,” Nutter said.

Textiles are one of the top five waste items sent to landfills, however, so the new program fills an important gap.

Residents will be encouraged to take unwanted items to nonprofits such as Goodwill, but those items that cannot be resold or reused will be collected and recycled by I:Collect.

I:Collect, a company that partners with retailers to collect and recycle clothing and shoes, will first work to reuse and resell the item as is, CEO Stephan Wiegand said today.

Items that cannot be resold will be “upcycled” into new clothing items or recycled into items such as cleaning cloths, insulation and carpet underpadding,

“This program will bring much needed awareness of the textile waste challenge and help create a new consciousness around sustainable consumption,” Wiegand said in a statement today.

The initiative will produce local jobs as well as improve the environment, said Maureen Sedonaen, CEO of Goodwill San Francisco.
Goodwill plans to do its part to increase textile recycling by placing collection bins in larger San Francisco apartment buildings. The
bins, which will be locally manufactured of recycled materials, will come equipped with sensors to indicate when they are full and ready to be collected, Sedonaen said.