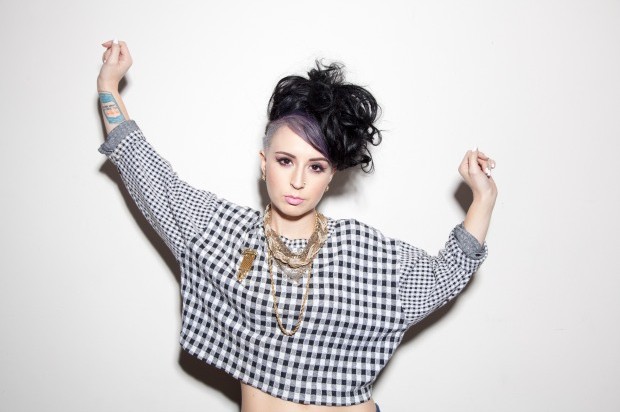 Pat yourselves on the back, San Francisco, you’ve got yourself another fan. One who is willing to act a little silly, roll in with the fog, and profess their love to you no matter how weird it looks. She’s not from here but it took less than a month for her to embrace you. Bi-coastal rapper Sirah spent her time in SF doing what many come to attempt in such an inspired area: take it all in and use that inspiration for art.

“I went up there to write as a kid and ended up staying there for three weeks and just walking around,” Sirah tells the Appeal. “I actually have an SF song with the worst music video ever that I made. I made that music video and I say music video loosely – I mean, it’s painful to watch – but I suggested to a friend of mine, like, ‘why don’t we just drive up to SF and shoot this video?’ and we shot it on one of those flipcams, got in the car, and rolled. It’s such poor quality.”

Cutaway visuals and the occasional shaky live shot notwithstanding, the city-centric song is a happy ode, showcasing equal parts rap and soulful vocals. The artist got her start in poverty and isn’t shy about stating as much. Her distinct style came from matters of necessity more than for reasons of aesthetics.

“I’ve definitely gotten to where I have from a lot of poor situations and I never really felt comfortable. It’s something I’m striving towards, still. What it is now is as close to comfort as I’ve got and I’m very happy with it. I don’t mind. I have the same apartment as I did about six or seven years ago. I feel like at this point I’m pretty comfortable though. I don’t want to get too comfortable,” Sirah explains.

Though Sirah and co. were initially scheduled to perform at the end of August, an illness within their crew forced the groups to reschedule their stop at the Fillmore to Wednesday, December 18. Sirah opens for catchy Swedes Icona Pop and is ready to give fans a dose of the unexpected before the saccharine dance party brought on by Icona Pop’s breakout hit “I Love It.”

“I have no idea what I’d be classified as in terms of a genre. I’d hate to put myself in a box like that so I guess I allow others to do that. There are a lot of lines that blur for me doing what I do. At the end of it all, I’d rather have people like me for who I am. I’d rather fail while trying than make myself into something I’m not,” Sirah says.