Eric Leroy Patterson (photo below) was arrested around 3:30 p.m. at the Embarcadero Four building in San Francisco in connection with an incident from Nov. 25 near Pier 25 on the Embarcadero, ACC spokeswoman Deb Campbell said.

The animal deaths occurred around 4:20 p.m. on Nov. 25 near Pier 25 when Patterson allegedly grabbed the belongings of a woman walking in the area, ACC officials said. 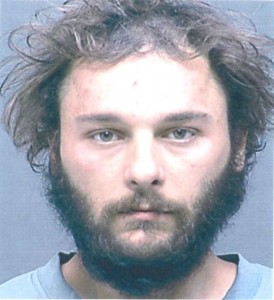 The woman’s two adult cats were in a feline carrier attached to her belongings, which Patterson allegedly threw into the Bay, officials said.

Both cats died in the incident.

Campbell said Patterson allegedly resisted arrest when San Francisco police found him this afternoon after tips came in about the suspect in the incident.

The ACC had released photos and videos of the suspect earlier this week.

He was being booked at the San Francisco County Jail this afternoon, she said.