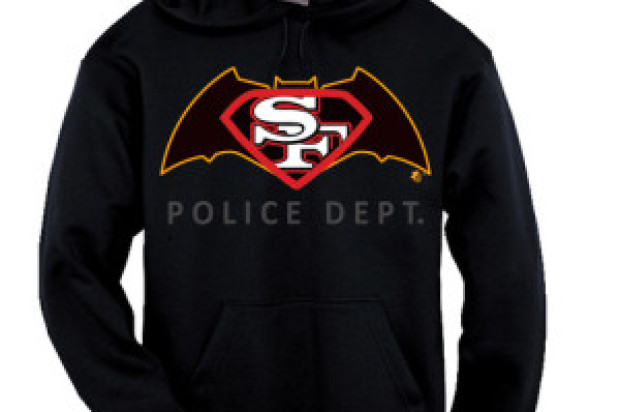 Demand for T-shirts made by the San Francisco police chief’s son in honor of “Batkid” and his historic day fighting crime in San Francisco last month have reached epic proportions, the chief said today.

Matt Suhr, the chief’s son and the designer behind Kid Monarch Clothing, created a gray “Batkid” T-shirt for Miles Scott, a 5-year-old boy recovering from leukemia who made a visit to San Francisco on Nov. 15 through the Make-A-Wish Foundation.

While in San Francisco, a costumed Miles went around the city in a “Batmobile” and fought crime at staged scenes, warming the hearts of Bay Area residents and beyond.

He earned the respect of Mayor Ed Lee, fire Chief Joanne-Hayes White, and police Chief Greg Suhr—who posed as Commissioner Gordon while Batkid was in town and honored him at a ceremony at City Hall. Even President Barack Obama acknowledged the pint-sized hero.

Suhr said this morning that more than 1,000 presale orders for the Batkid T-shirt came through Kid Monarch Clothing’s website, and at one point orders overwhelmed the site.

The website is back up and running, but the $20 shirt is sold out. Orders can be made for other items in the “Batkid” collection, such as sweatshirts and beanies, Suhr said.

Miles is returning to San Francisco Saturday for a Make-A-Wish Foundation fundraiser, “Brave the Bay,” with San Francisco officers and others participating a 5K walk/run, a cold dive into the San Francisco Bay and a cable car pulling contest.

Miles will lead the 5K walk, which is scheduled to head off at 8:30 a.m. from Aquatic Park at Jefferson and Hyde streets.

Suhr said his son will also be at the fundraiser with a team from Make-A-Wish, who are helping him handle the demand for Batkid clothing.

Matt Suhr attended Academy of Art University in San Francisco before forming his clothing company in 2009.

To keep costs down, Suhr said his son arranged to have T-shirt purchases get picked up instead of delivered. Suhr said a pick-up station would be set up at Aquatic Park throughout Saturday’s event.

Participants in the Brave the Bay events hope to raise $75,000 for Make-A-Wish, which grants wishes for children with life-threatening illnesses.

Miles’ leukemia is in remission and he ended chemotherapy treatments in June. He lives in Tulelake in Siskiyou County.
More information on the Brave the Bay fundraiser can be found online at www.bravethebay.org and information about Batkid clothing is at kidmonarchclothing.com.