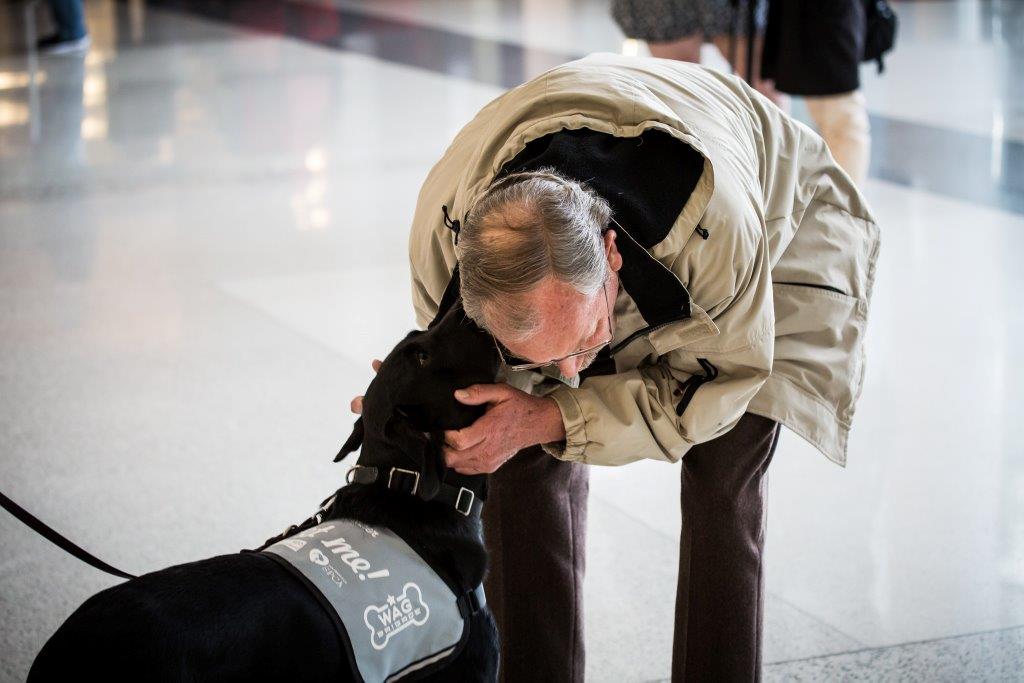 Travel at San Francisco International Airport just got a lot more cuddly thanks to a team of therapy dogs who began interacting with passengers at the Bay Area’s busiest airport today.

Petting a dog for just a couple of minutes has been proven to lower a person’s heart rate, relieve anxiety and reduce stress, according to the SPCA. 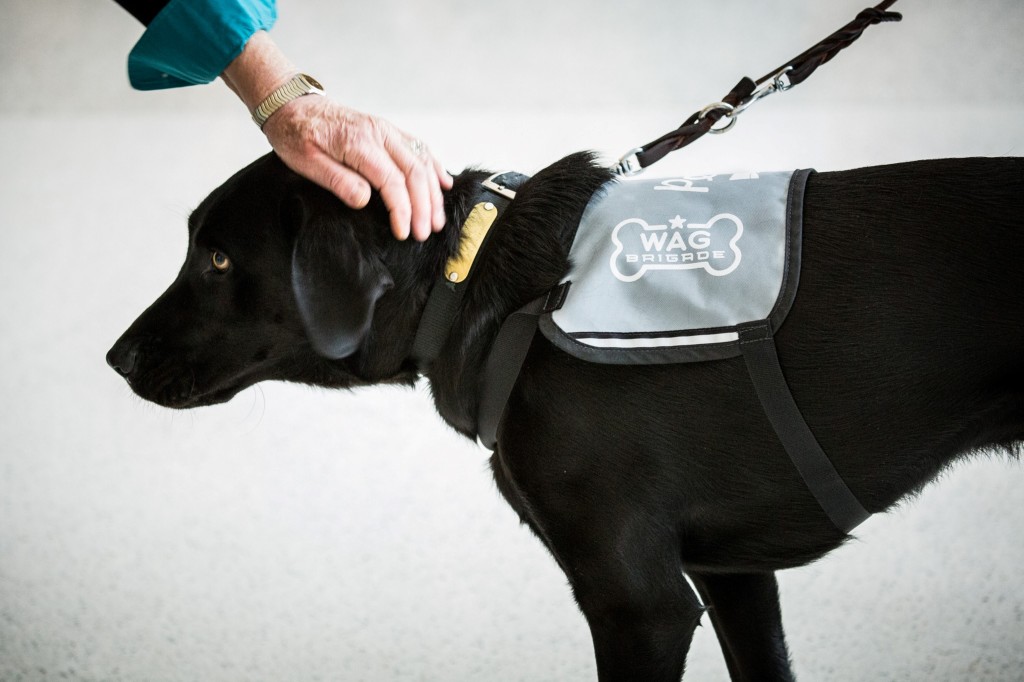 “These are pooches that have very high credentials,” SFO spokesman Doug Yakel said.

“Jenna,” a 6-year-old white curly-haired cockapoo whose full name is “Lady Jenna Barbara,” frequently visits hospitals to snuggle with patients, and loves children, according to her owner, Fabio Giuntarelli.

“She’s very cuddly,” Giuntarelli said. “She has a good, mellow temperament and I want to share her qualities with people.” 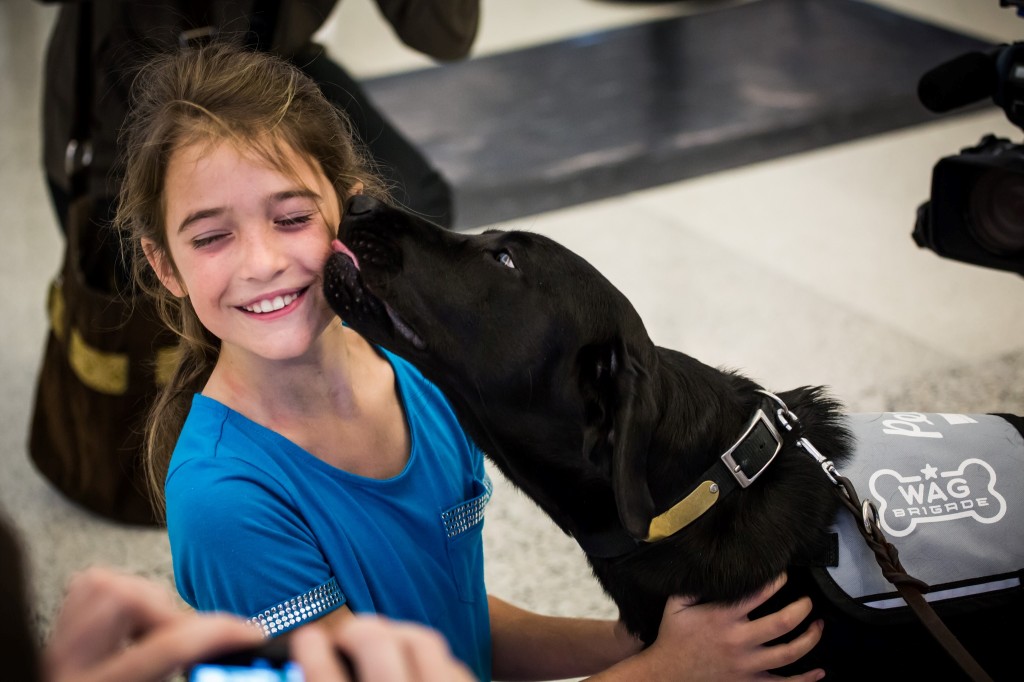 During a test visit through SFO on Monday, Giuntarelli said several passengers flocked to Jenna for a few quick pats, some of them saying that they missed their own dogs at home.

Another member of the Wag Brigade named “Toby,” a lanky 3-year-old golden-doodle with a broad smile, wasn’t a perfect fit for hospital visits because he occasionally drooled on patients, according to owner Shari Marks.

However, Toby has become a big favorite among students of all ages at Bay Area schools, Marks said. This week, he’s scheduled to go to the California College of the Arts to interact with students who are studying for finals. 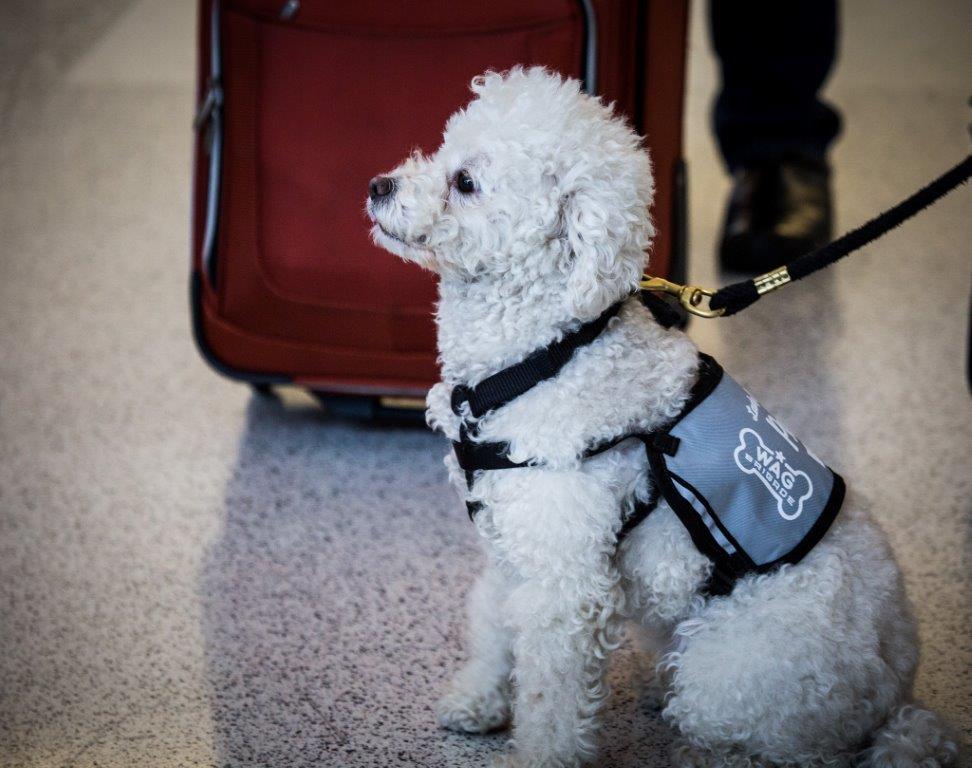 “He’s totally mellow and incredibly well-trained,” Marks said with Toby panting at her side. “The kids love him.”

At least one of the Wag Brigade dogs will be touring the airport seven days a week during peak times through the holidays, Yakel said.

The dogs vary in size, but each will be wearing a gray vest that says “Pet Me!” and has the dog’s name on the back.

If the Wag Brigade program goes well, there is a possibility that it will continue after the holidays, Yakel said.
“The goal is to have it running all year,” he said. 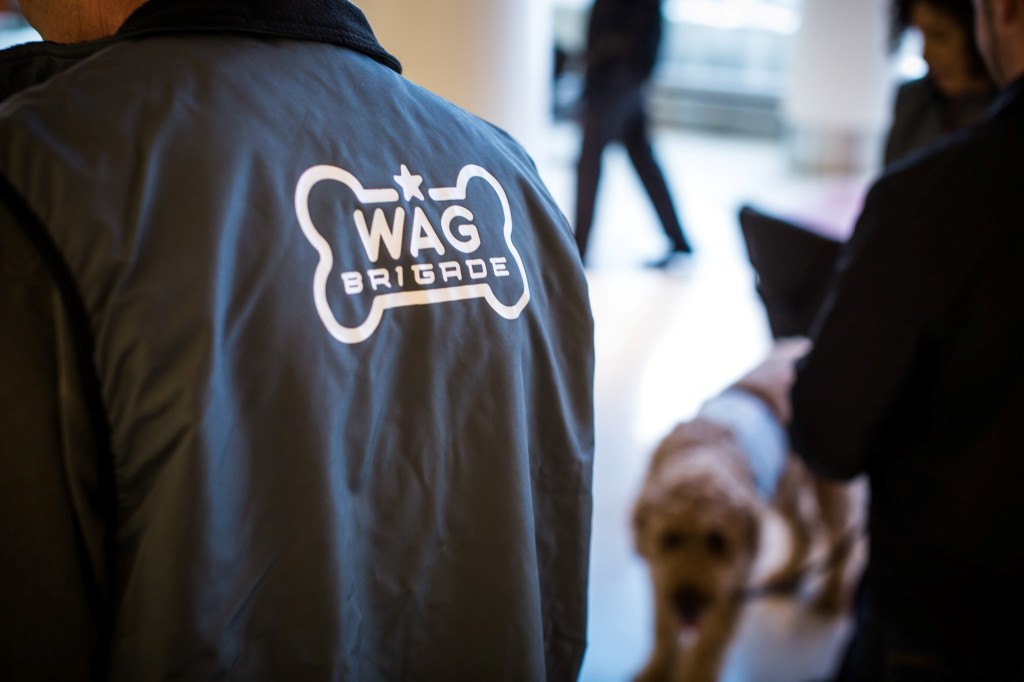