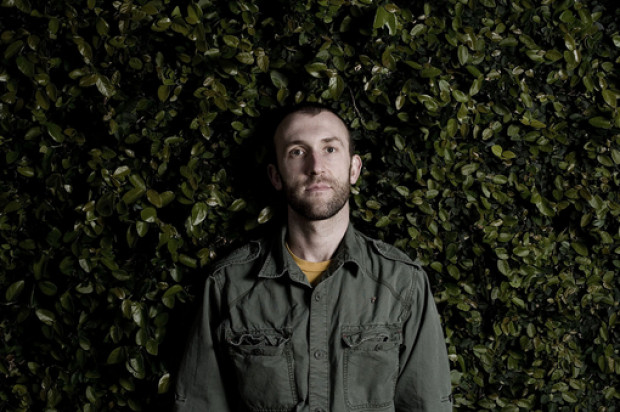 There’s a bit of a divide between DJs who physically heft vinyl from one turntable to the other and those who opt for a more multifaceted approach, a la garage band and pro tools. Philly-based RJD2 is part of an old guard that embraces the tactile, though he’s no Luddite.

“With DJing, my graduating class came of age when it was more physical and when drum machines felt like taking it to the next level. It took me a long time to get comfortable operating two turntables and, like, a sampler. The world is gravitating more towards laptops. I’m not sure whether or not electronic music is DJing and vice versa. It’s about functionality,” RJD2 tells the Appeal.

“To be fully frank, anyone who does what I do is at a crux. Are you going to do a thing that is physically demanding or is your performance going to be interactive in a different way? I’ve never been one to pump my first and make finger symbols. I’ve chosen my particular approach.”

RJD2 is the type of DJ to leave nothing to chance, which is why his routine of building out a multi-turntable rig turned from neurotic to necessity at this year’s Fun Fun Fun Fest in Austin. After technical difficulties forced a disgruntled Lupe Fiasco to abandon his set twenty minutes early, RJD2 sprang into action.

“With most festivals there are no sound checks and it really isn’t easy on the artist. You’re basically cobbling together a pseudo sound check and reliant on tech. I set up about an hour and a half before my set. As I’m finishing, everything’s going down with Lupe. In about five to ten minutes I was ready to go. Usually that type of prep is never needed but it actually came in handy,” RJD2 tells the Appeal.

“It’s that one in 100,000 chance. I was backstage seeing everything unfold. He leaves and there’s still twenty minutes to half an hour on his set time so I felt like, ‘fuck it. I’ve gotta go on.’ I felt like if I didn’t everyone would leave and just go see Snoop [Dogg].”

From FFF, RJD2 has taken his full-bodied DJing all over the country. As we spoke, he recounted a particularly memorable show the night before in Miami. Surrounded by around 200 people and in the middle of a dance floor, RJD2 regaled the masses with choice cuts from his latest LP More Is Than Isn’t as well as tracks from side projects and previous works, which spans a dizzying gamut of artists from Aesop Rock to Utada Hikaru.

He now brings his finely crafted beats to 1015 Folsom this Thursday, December 12. Fans have been incredibly receptive this go round, at once intoxicated by the display of musicianship and fluidity when he’s swapping vinyl and changing loops live as well as happy to embrace the ebullience RJD2 brings to the table. Fans and industry bigwigs alike show their appreciation in all sorts of offbeat ways. It was strange enough catching RJD2’s photo on the walls of the Independent, but RJD2 has another interesting memory of audience love from SF.

“People tend to take your hand and embrace you and this woman was befuddled by our handshake. She took my hand and tried to jam it down her shirt. She was built too; very large, just tall and hearty,” RJD2 says with a laugh. The DJ spent over a decade living in the Bay Area and is eager to come back. “I loved it there. The Bay Area is nothing but fond memories for me.”