Kitten Abducted From SF ACC To Reunite With Adoptive Family, Reward To Be Given To Rescuer 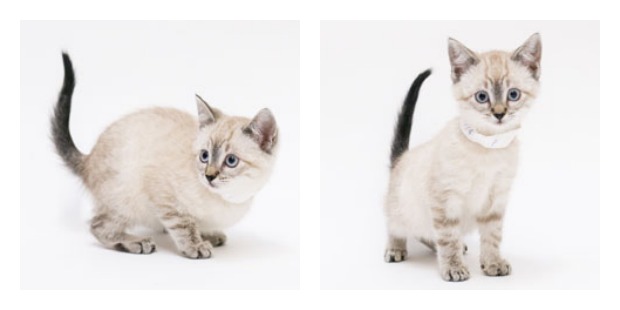 A family whose newly adopted kitten was stolen from a San Francisco animal shelter last week will be reunited with it on Tuesday afternoon after the kitten turned up at a residential hotel in the city this weekend.

Jeffrey Nibler and his family, including two sons ages 12 and 14, will soon be reunited with “Arizona,” a 2-month-old female lynx-point kitten they had adopted at the San Francisco Animal Care and Control shelter and plan to rename “Storm.”

Previously: Have You Seen This Cat? Kitten Abducted As It Headed To Adoptive Home (Photos, Video)

The kitten was stolen at about 2:30 p.m. last Wednesday from the agency’s shelter at 1200 15th St., but was found on Sunday evening in the Kean Hotel, a residential hotel in the South of Market neighborhood, Animal Care and Control officials said.

A manager at the hotel found the kitten in a common shower at the building at 1018 Mission St., shelter officials said.

Nibler said the family is eager to bring the kitten home on Tuesday after she is spayed.

“It was a really crazy thing with a really wonderful outcome,” he said.

Nibler said his family, which already has one cat, decided weeks ago to adopt a new kitten and during an online search, they came across the kitten at the Animal Care and Control shelter.

Nibler brought his family to the shelter last Tuesday and said they were “head-over-heels for her.”

The kitten was set to be spayed later that week before the family could take her home, but before that could happen, the animal was stolen from the facility.

Nibler received a call on Thursday about the theft.

“I can’t even describe the kind of disbelief and shock,” he said.

“There are so many kittens, so many cats and kittens in shelters. Why on earth would anybody steal a kitten?”

After the kitten remained missing for a few days, Nibler said Animal Care and Control officials broached the possibility of the family getting another cat from the shelter.

However, he said, “Frankly, after you meet a cat as a family, and every day the kids ask ‘Is she coming home?’ There’s no thinking of another kitten. It was, ‘What could we do to get her recovered?’

After the kitten was found Sunday, Nibler received a call from the shelter late that night.

“I woke everybody up,” he said, adding that his sons got up and made little cat toys in anticipation of the kitten coming to its new home in time for Christmas.

“We’re quite in a state of disbelief,” he said.

As for the “cat-napping” suspects, they are still on the loose, Animal Care and Control director Rebecca Katz said this afternoon.

The agency last week released surveillance video footage of two women sought as persons of interest in the theft.

“The video looks very suspicious,” Katz said, noting that one of the women had her jacket open before going into a room at the shelter, then it was closed when she came out.

She said, “The biggest thing for us is getting Arizona back to her family for Christmas.”

Robert Bunch, the manager who found the kitten at the Kean Hotel, will also be receiving a reward for his role in the case, Katz said.

Anyone with information about the women in the video is asked to call Animal Care and Control at (415) 554-9400.