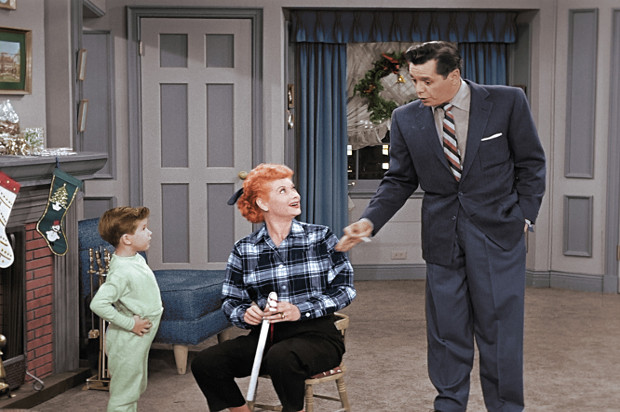 Also, here’s Bob Barker appearing on the Price is Right on his 90th birthday.

Monday, December 16
Mermaids: The New Evidence – The Extended Cut (10pm, Animal Planet)
Back in May, Animal Planet aired two documentaries making the case for mermaids. The only thing was both of them were fake. This predates this year’s fake Shark Week documentary Megalodon: The Monster Shark Lives brouhaha by a couple of months. By re-airing the so-called extended cut of Mermaids: The New Evidence, Animal Planet (and by extension Discovery Communications) is making another case for edutainment without the edu. This is why we are 17th in science in the world.

Robot Chicken: Born Again Virgin Christmas Special (11:59pm, Adult Swim)
Seth Green’s long running stop-motion claymation, pop-culture skewering sketch comedy show is taking a stab at a Christmas episode with its Born Again Virgin Christmas Special. Which makes it sound like the special itself is a regenerating hymen, just like in True Blood. See, I used the word ‘stab’ earlier and then used a coitus/virgin metaphor. Do you read what I did there?

Tuesday, December 17
The Voice (9pm, NBC, season finale)
Take one last look at the original coaching line-up of The Voice, because next season Shakira and Usher will be re-replacing Christina Aguilera and Cee Lo Green. Shakira and Usher first replaced Aguilera and Green earlier this year, forseason four. The latter two were brought back for this season and gave us this promo, which included Cee Lo Green as a Poseidon-esqse figure surrounded by mermaids (there are patterns everywhere). All it does for the singing competition/Adam Levine-Blake Shelton bro-down is leave the door open wide for a super mecha zeo coach collabo between all six coaches. And somebody quoting Usher’s “Yeah.”

Awkward. (10:30pm, MTV, season finale)
Awkward. proves that MTV can produce content that doesn’t involve pregnancy (RIP Teen Mom) as a buttress/marketing talking point. And something solid, at that. The second half of the high school sitcom wraps up tonight, and despite a doubled episode order for season three and the departure of creator/showrunner Lauren Iungerich over the summer (her new pilot “Damaged Goods” will air on ABC in September), season three of Awkward. was still a more than enjoyable experience.

Barbara Walters Presents the 10 Most Fascinating People of 2013 (9:30pm, ABC)
My favorite holiday tradition are year end best-of lists, where I can catch-up and pretend to still be abreast of the culture that was the previous year. Or feel super smug that what I liked ended up on other people’s lists. Hopefully this will tell me who I should have been fawning over all this year, so I can finally take my Rockwell posters down.

Thursday, December 19
The X-Factor (8pm, FOX, season finale)
Meanwhile, FOX’s singing competition that doesn’t rhyme with “Lacarian Cidel,” helmed by former Lacarian Cidel judge Simon Cowell wraps-up its season with what is sure to be another dog and pony show of singing and dancing and dream tears (the tears you shed when your dream is crushed) and Mario Lopez doing Mario Lopez things.

Christmas in Washington 2013 (8pm, TNT)
TNT knows drama and they know Christmas in Washington. Hugh Jackman hosts. The Backstreet Boys, Sheryl Crow, and Janelle Monae will perform, but more importantly, Charles Barkley AND Anna Kendrick will be appearing. Someone has been going through my dream journal again.

Saturday, December 21
Too Cute Holiday Special (9pm, Animal Planet)
Hey Animal Planet, you don’t need to shove fake edutainment down people’s gullets to be adored. All you need is footage of small versions of bigger animals, and seeing that it is the holiday season, you have no excuse not show this every day until the end of the year and then re-evaluate. Until Puppy Bowl, of course.

Sunday, December 22
Beaver Brothers (11pm, Animal Planet)
This doesn’t premiere until the new year, so get a sneak peek of the show that my head and (press release) tells me that this is a show about brothers who perform animal control in a remote part of Nova Scotia.

But my heart wants this to be about the brothers who created the Federal Booty Inspector and Certified Muff Diver t-shirt as they look for the next big female anatomy pun.

RIP Low Winter Sun. What will AMC use now in order to get people to watch teasers to things people actually want to watch on AMC? Find out after this trailer to next week’s Low Winter Sun.