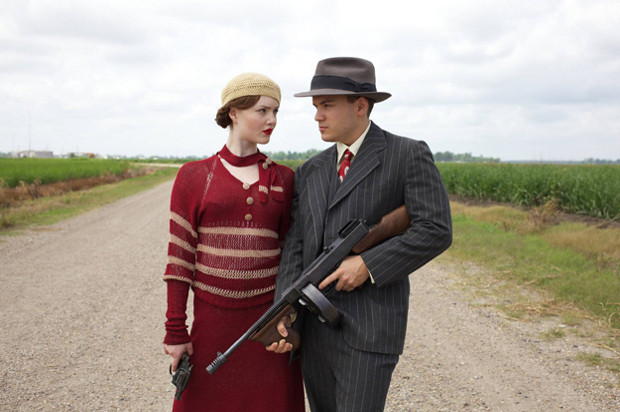 Now that Thanksgiving is over, December television listings become a venerable Advent calendar of Christmas and holiday specials. Specials that are preferably stocked to the gills with celebrities, real and imagined.

At least Justified comes back on the air on January 7. I’m thankful for that.

Monday, December 2
CMA Country Christmas (9pm, ABC)
Well, if there’s one thing you can count on, it’s that it is the CMA Country CHRISTMAS, not CMA Country HOLIDAY. Not because it’s,like, this super reactionary and vaguely jingoistic beachhead against a perceived war on Christmas, but because alliteration is great. Among the line-up, Mary J. Blige, Sheryl Crow, Lady Antebellum, Rascal Flatts, and Darius Rucker (Better known as the Hootie in Hootie and the Blowfish) are set to appear. Snoopy, and Willie Robertson from Duck Dynasty will also be there, as CMA Country Christmas celebrates fictional characters.

Best Funeral Ever (10pm, TLC, series premiere)
Truly, having breakfast served at your funeral while two men dressed in bacon suits flank a pastor is dying with dignity. Originally a TLC special, Best Funeral Ever was supposed to go to series last year, before being delayed by the Sandy Hook school shooting. Imagine Cake Boss, but with funerals instead of cakes.

Tuesday, December 3
Black Mirror (9pm, DirecTV, season premiere)
Hey, weren’t we just talking about Black Mirror a couple of weeks ago? Yes, yes we were. DirecTV has already burned through the entire first season of the acclaimed anthology series in three weeks (UK and their compact production schedule, touched on many a time in this column). DirecTV begins airing the second season (which was broadcast earlier this year) on Tuesday. It was also announced that Tony Stark aka Robert Downey Jr wants in on the Black Mirror business, and has optioned the series one finale, “The Entire History of You” as fodder for a feature adaptation.

Chopped (10pm, Food Network, season finale)
What better note to end your popular, easy-to-produce cooking competition season on than with celebrities celebrating the holidays? That’s winning the home run derby with a corked bat. And heck, with the way Food Network produces seasons, we’ll most likely be seeing Chopped with a new season by April, latest.

Mob City (9pm, TNT)
Originally titled LA Noir, then changed to Lost Angels (to avoid confusion with the video game LA Noire), before settling on Mob City. (Because LA is a city, that has mobsters in it. Nailed it. And anytime you can avoid a pun, do it.) This three-week event is from ousted Walking Dead showrunner Frank Darabont. It stars Jon Bernthal (also formerly of Walking Dead) along with Milo Ventimiglia (Heroes), Jeremy Luke, and Simon Pegg!

Thursday, December 5
The Sound of Music Live! (8pm, NBC)
Adding the word ‘live’ to your title just sounds like the punchline to an ironic joke about things that shouldn’t be broadcast/put onstage live to begin with. Carrie Underwood stars in this (Live!) adaptation of the Julie Andrews classic. No word if it will also be on ice. Or in space. Is this where I say something cutting about NBC’s canceled Broadway drama Smash?

Friday, December 6
The Grammy Nominations Concert Live! (10pm, CBS)
A concert for the nominations of the Grammys just sounds like the the music/award show version of a movie trailer for the actual trailer of a movie. Drake, Macklemore, Ryan Lewis, Robin Thicke, and Keith Urban perform. I should gird my loins for the onslaught of ‘performances by’ I will be typing in the next couple of weeks.

Saturday, December 7
Matthew Morrison A Classic Christmas Live from the Bushnell (10pm, PBS)
Glee’s Matthew Morrison croons along to Christmas standards. If this special follows the same trajectory as Glee, it will probably start off strong, start to waiver, and continue into batshit crazyville that people still somehow watch, in spite of itself.

Sunday, December 8
Bonnie & Clyde (9pm, A&E, History, Lifetime)
Emile Hirsch (Into the Wild), Holliday Grainger (The Borgias) go to bat portraying the storied American bank robbers that Warren Beatty and Faye Dunaway and Jay-Z and Beyonce (via 2003) have done before. Don’t let the three simulcast channels fool you into thinking this is some momentous television event (we already have the Greatest Event in Television History, after all). A+E Network (a Hearst Corporation/Walt Disney collabo) owns A&E, History, and Lifetime. It’s kind of like realizing that Yum Brands owns Pizza Hut and Taco Bell and KFC, so you shouldn’t be too terribly surprised to see all three crammed into the same restaurant. They didn’t just form into a Voltron of obesity on their own volition.