Appealing Events: The Aquabats at Slim’s 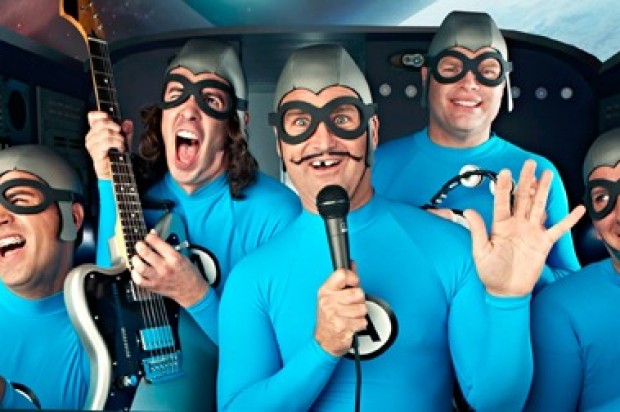 Initially formed to mock one of the very scenes that influenced them, the Aquabats have gone from seriously silly ska outfit to a superhero supergroup fit for all ages.

Frontman Christian Jacobs helped launch Yo Gabba Gabba! as well as the Aquabats’ very own childrens’ show. Though their lineup has shifted along with their sound, the SoCal outfit still excels in putting on one hell of a show, complete with mock fights, elaborate skits, and enough material to warrant a slew of demos, 7″s, and LPs.

Catch all the hits from “Pizza Day” to “Tiny Pants” when the Aquabats hit Slim’s this Friday.