Tonight: Memorial Planned For Cyclist Run Over By Muni Bus 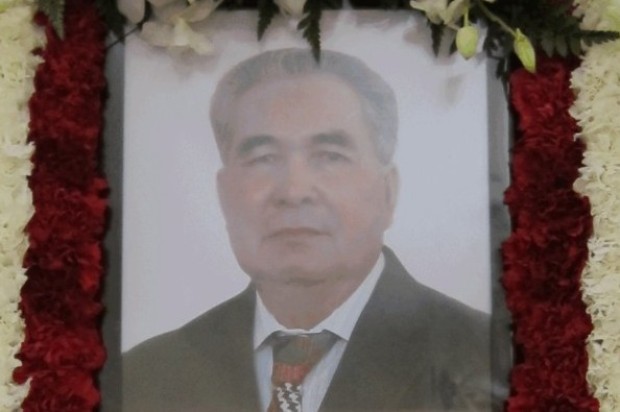 A public memorial service will be held this evening for a 78-year-old man who was killed while riding his bicycle in San Francisco’s South of Market neighborhood last month.

Cheng Jin Lai (photo above) was struck by a San Francisco Municipal Railway bus at about 8:40 a.m. on Oct. 18 while biking near the intersection of Bryant and 11th streets.

Lai will be remembered at a ceremony scheduled for 6 p.m. today at 1008 Mission St. His family will attend, as well as Supervisor Jane Kim and members of the San Francisco Bicycle Coalition.

Lai was the fourth bicyclist killed in San Francisco this year. All four accidents happened in the city’s South of Market neighborhood, and all involved large vehicles.

Family members and cycling advocates are calling on the city to do more to ensure bicyclists’ safety, particularly on South of Market streets.

“Mr. Lai was an active, healthy senior who loved to ride his bicycle around San Francisco,” Mark Fong, an attorney for the family, said in a statement. “The accident which killed him was not an isolated incident, but part of an epidemic of deaths suffered by bicyclists.”

Lai, who shared a South of Market apartment with his wife and had seven children, often rode from there to Chinatown and also to a local recycling center carrying cans and bottles his family had used.

It was on such a trip to the recycling center that Lai was struck by the outbound 27-Bryant Muni bus.

The death prompted Muni officials to order inspections of all 800 buses in the agency’s fleet following reports that the bus that hit Lai was missing a rear right wheel guard that may have prevented the death.

Lai’s family has set up a memorial fund to pay for his funeral and other costs related to the death. People interested in donating can visit chengjinlai.com.

According to the website, Lai was born in Vietnam and later worked in China’s Guangxi region as a chef and an administrator who assigned workers to cut sugarcane.

He immigrated to the U.S. in 1996 and became a citizen in June 2003. Lai was an avid fisherman who frequented local piers to fish in the Bay, according to the site.