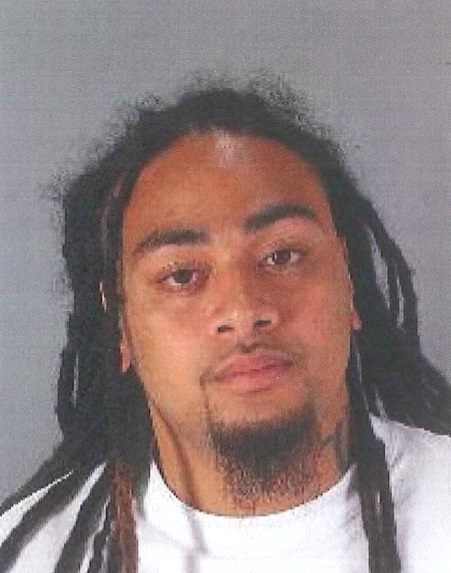 Police today identified the suspect wanted in an early morning shooting that killed a 23-year-old Sacramento State alumna in San Francisco’s South of Market neighborhood over the weekend.

Michael Sione Green (photo above) has been identified as the man believed to have killed Sacramento resident Melquiesha Warren and injured another women after a small traffic accident in a parking lot near Sixth and Jessie streets around 2:10 a.m. Sunday, San Francisco police said.

The shooting occurred after a group of friends went out at a nearby nightclub. As they were saying goodbye, Warren and her female passenger got into a traffic accident in the parking lot.

After the incident, a Pacific Islander woman in her 20s, described as standing 6 feet tall and wearing a red dress, approached the driver’s door and tried to open it, police said.

Warren exited the car and attempted to calm down the woman who was apparently angry. That is when a man, believed to be Green, appeared with a gun, police said.

Green then shot Warren and the driver of the car, according to police.

Both women were taken to San Francisco General Hospital, where Warren was pronounced dead, police said.
The driver was last listed in life-threatening condition.

Warren graduated in 2012 from California State University, Sacramento, with a degree in criminal justice.

Police have identified Green, 23, as the gunman. He is Tongan and stands 5 feet 11 inches tall, weighs 230 pounds and was last seen with a beard and long hair past his shoulders.

Police said Green is considered “extremely dangerous.” He may be driving a 2011 Mercedes with a California license plate No. 4UIP704.

Police are still working to identify the woman involved in the shooting.

Anyone with information about the shooting and the suspects is asked to call the Police Department’s anonymous tip line at (415) 575-4444 or to send a tip by text message to TIP411 with “SFPD” in the message.