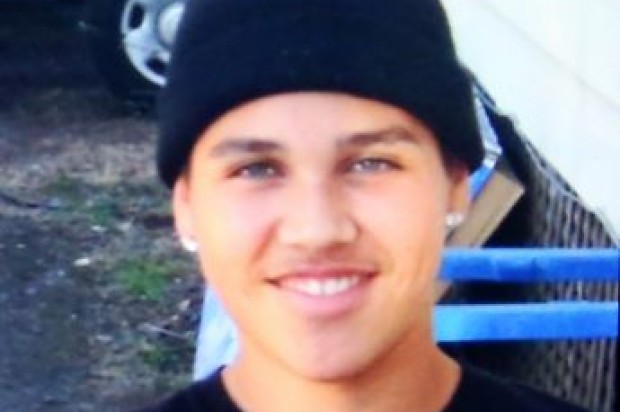 Hundreds of protesters gathered in Santa Rosa and in cities throughout the Bay Area and the state today to protest the police killing of 13-year-old Andy Lopez in Sonoma County last month as well as what they say is an epidemic of police brutality.

The protests in Santa Rosa, San Francisco, Oakland, Sacramento Los Angeles and elsewhere were part of a “National Day of Action for Andy Lopez” organized by the Answer Coalition and the California Statewide Coalition Against Police Brutality.

Andy was walking and holding a toy AK-47 rifle in rural Sonoma County the afternoon of Oct. 22 when county sheriff’s deputies on patrol in the area spotted him and yelled for him to drop the weapon, according to the sheriff’s office.

When the boy turned toward the deputies, Deputy Erick Gelhaus, 48, shot him seven times, according to authorities.

Andy’s family has filed a civil rights lawsuit against Gelhaus and the county.

The killing has sparked outrage within the community, state and nationwide, with many decrying the incident as a tragic example of police brutality that protesters say often targets low-income black and Latino citizens.

“We are heartbroken and outraged that Andy Lopez was murdered by Erick Gelhaus of the Sonoma County Sheriff’s Department,” said Christina Arechiga, an organizer with the California Statewide Coalition Against Police Brutality. “We demand police terror on American citizens stop immediately. We demand Justice for Andy Lopez, his family and his community.”

During today’s protest in Santa Rosa, volunteers were in the process stories from attendees about their own experiences with police brutality, Arechiga said.

“A lot of people are afraid to come forward, but in light of the Lopez family’s courage and these community gatherings, there’s a lot of stories being told,” said Arechiga, whose cousin Ernest Duenez, Jr. was shot and killed by a police officer in Manteca two years ago.

In Oakland this afternoon, more than 100 protesters took part in the national day of action, marching from the Fruitvale BART station to the Alameda County Sheriff’s Office, said Answer Coalition organizer Michelle Schudel.

Schudel said people came from throughout the East Bay to protest Andy’s killing and to stand in solidarity with his family and others who have lost loved ones to police fire.

She said the killing is similar to what people “have to deal with in Oakland and in San Francisco, where police are brutalizing and targeting our families, our communities for being African American or Latino.”

Organizers said more than 100 protesters gathered for about an hour this afternoon at the 24th and Mission BART station in San Francisco to speak out against Andy’s death.