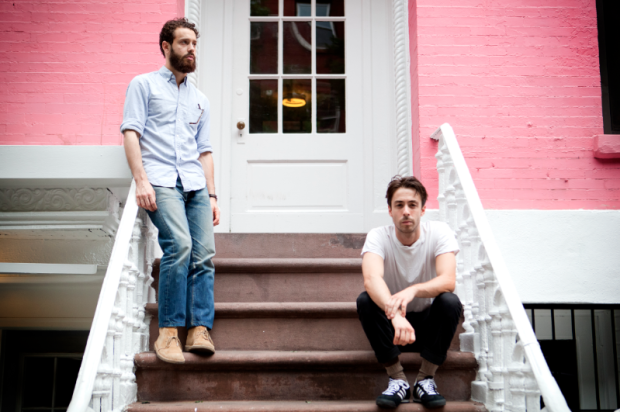 At first listen, Los Angeles band Papa has crafted the ultimate wine, women, and song album in the form of 2013’s Tender Madness. Within its twelve tracks, themes include our nation, the aforementioned women, and insanity, which may or may not involve some vino. What truly comes through is that Papa is an indie band unlike the ubiquitous twee outfits dotting the California landscape.

Papa are rugged enough to allow for some lyrical grit to complement their sweet instrumentals. Frontman Darren Weiss first gained prominence in the West Coast scene drumming for now defunct group Girls. Though Papa was originally formed in the big apple, it’s the city of angels that has served as its incubator.

“In Los Angeles, we live more in a world of our own design, which is great because we really get to dedicate our days to the work we do, but we definitely miss some of the inundation of inspiration and dirtiness in New York,” Weiss tells the Appeal.

“In LA I write more about what’s in my head, and I think I wrote a little more about the things I saw when we were living on the East Coast.”

That type of spectrum is what informs Tender Madness. The unabashed “Let’s Make You Pregnant” pulls no punches as it careens into twirling guitars and handclap-happy drumming like an expert pick-up artist about to seal the deal. Papa is almost a mainstay in the Bay Area’s live music scene and their constant touring most definitely complemented the brash bent of Tender Madness.

“There were a lot of things that had to happen to us as individuals for us to want to write the kind of album that we made. We had been touring a lot before we recorded the album, and kept on touring throughout the process of making it. As any touring musician knows, there are a lot of sacrifices you have to make to live this life. Some things were devastating to let go of, and there were other things I was ecstatic to be rid of,” Weiss explains.

“When I listened back to the finished album, I noticed that the ‘run’ image keeps coming up, and I think on a personal level and artistic level, there were a lot of things from our past we had to give up and move through to land where we did. All of which has everything to do with America, women, and insanity. I think people have confused that quote to try to insinuate we attempted to make a political, or patriotic album, and that is not what we made.”

Papa return to SF tonight at Bottom of the Hill for what promises to be a memorable show that will completely dismantle your expectations. The city continues to act as an inspiration despite its now-distant ties.

“We come up a couple times a year, and the last two headlining shows we’ve done up there have been two of the most wild and sweaty shows I can remember. It’s always inspiring for me to play music there, and whether it was with Girls, or PAPA, it’s just a great city to work in,” Weiss says.

“Working with Girls was definitely a transformative experience for me, and how I approached my own song writing, so all of that stays with me.”