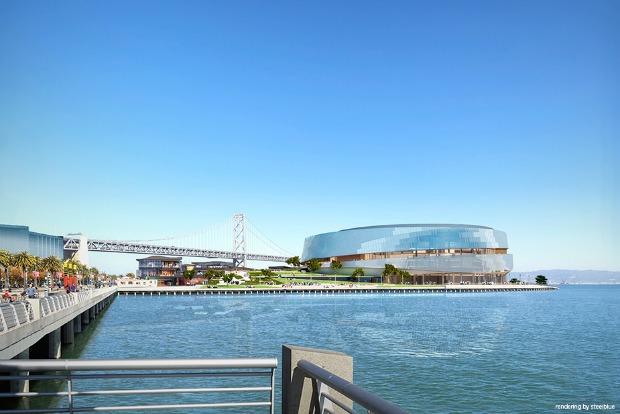 The Golden State Warriors today released their latest design plans for a new waterfront arena in San Francisco, but local community advocates say they still oppose the size and location of the project.

The Warriors are seeking to move in 2017 from their current home at Oracle Arena in Oakland to an 18,064-seat arena at Piers 30-32 between the Bay Bridge and AT&T Park in San Francisco.

The latest iteration of the arena, the third version of the project proposed thus far, increases open space at the site from 50 to 60 percent and reduces the event center area by more than 30,000 feet.

Despite the changes, the project is still being opposed by the San Francisco Waterfront Alliance, a coalition of neighbors, homeowners and others. 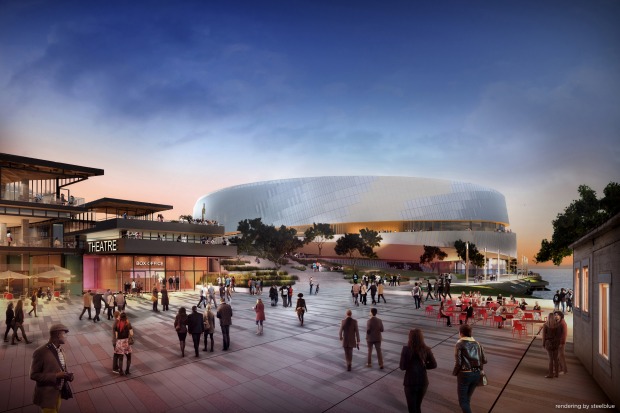 “It doesn’t matter how many designs the Warriors redo, it’s just not a good location for an arena of this size,” said Buffy Martin Tarbox, the group’s community relations director.

The alliance has voiced concerns over the traffic congestion that the arena would create, along with reduced views of the waterfront.

“We think the vote that happened last week showed San Franciscans do not want these types of developments on our waterfront,” she said. 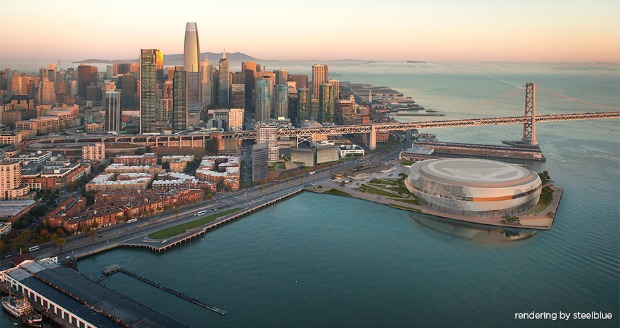 But arena spokesman Nathan Ballard said the projects are very different and should not be compared.

“It’s not even like apples and oranges, it’s like a lemon tree and an elephant,” Ballard said.

“It’s a project of a different stripe, and enjoys much more public support,” he said. “If we held a referendum on the Warriors arena tomorrow, we would win overwhelmingly.” 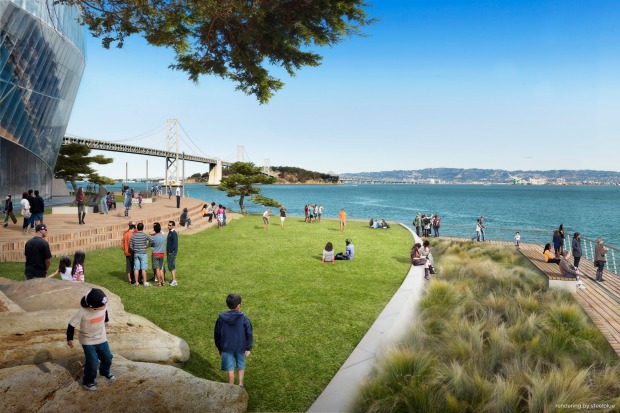 Putting the arena project on the ballot for voters is being considered by both supporters and opponents, but no plans are yet in place.

In the meantime, Ballard said project organizers are continuing to gather public input on the plans.

He said despite opponents’ concerns over congestion, the arena site’s proximity to San Francisco Municipal Railway, BART and Caltrain service would make it “the most public transit and pedestrian-friendly arena in professional sports by the time we are done.”

More information about the new arena design proposal can be found online at www.nba.com/warriors/news/20131112/sf. 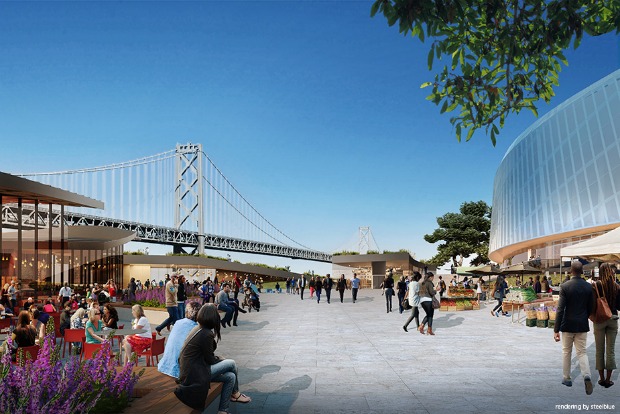