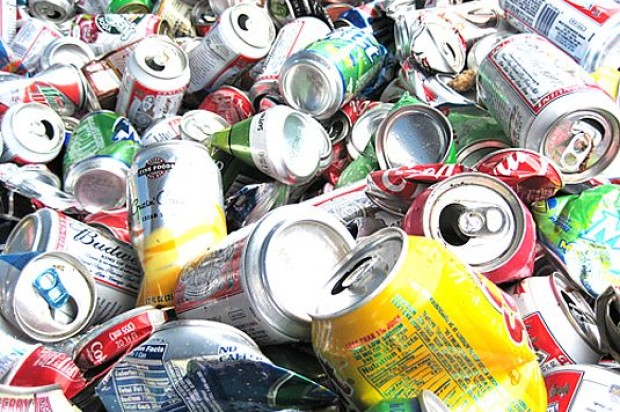 A San Francisco homeless advocacy group protested the looming closure of a recycling center at a Castro District grocery store this afternoon.

At the protest, which began at 3 p.m., about a dozen demonstrators from the Coalition on Homelessness picketed in front of the Safeway at 2020 Market St. carrying signs and chanting, “Cans not condos” and “What do we want? Recycling! When do we want it? Now!”

The demonstration remained peaceful, even after a private security guard asked the group to keep the gathering to the sidewalk and not picket in front of store doors.

The recycling center at the Safeway grocery store parking lot at Church and Market streets was served an eviction notice in August, according to Ed Dunn, executive director at SF Community Recyclers, which maintains the facility at the site.

The center, at the eastern end of the parking lot, is still open, Dunn said, despite the Sept. 6 eviction deadline.

In a statement from Safeway, spokeswoman Wendy Gutshall said, “After careful consideration, Safeway made a decision to close the recycling center at the Market Street store to improve the quality of the site, make the customer’s experience better, and in response to input from the community.”

A similar recycling center at the Safeway on Webster Street in the Fillmore District closed this summer, as part of five closures at sites throughout the city since the beginning of the year, according to Dunn.

Dunn said there are only 16 recycling centers left in San Francisco, with many of the remaining facilities in the Bayview and southern parts of the city, which can be more difficult for low-income residents to access.

Gutshall added on behalf of Safeway, “We are assessing our options for different types of recycling at this location for future compliance and nothing has been finalized. This matter is pending litigation and at this stage, we are not in a position to comment further.”

Dunn said installing reverse vending machines, which are machines that accept bottles and cans, are not a plausible alternative for the drop-off center which is open seven days a week from 10 a.m. to 5 p.m.

He said the Market Street center is one of the busiest in the city and the machines would not be able to handle the high volume.

He said the eviction is “really about gentrification.”

He added that Safeway needs to return to its roots as “the everybody store,” unlike other grocers, Dunn said, such as Whole Foods which opened a store earlier this month across the street at Dolores and Market streets, and does not offer recycling centers on its premises.

Members from the San Francisco Coalition on Homelessness have decried the eviction, claiming the elimination of the Market Street site would add another nail in the coffin for recyclers who depend on the money from cans and bottles on the north side of the city.

Lisa Marie Alatorre, a spokeswoman at the Coalition on Homelessness, which led this afternoon’s protest, said the group today delivered a letter and petition with more than 2,000 signatures to Safeway management asking to keep the recycling center open or at least stave off the eviction for a year.

She said community members, homeless and low-income residents want to give the San Francisco Board of Supervisors more time to study the issue, and help find a solution instead of eliminating the centers.

“We are afraid this is a trend at Safeway,” Alatorre said.

She said the Safeway in the Outer Richmond had also recently evicted the recycling center that operates there.