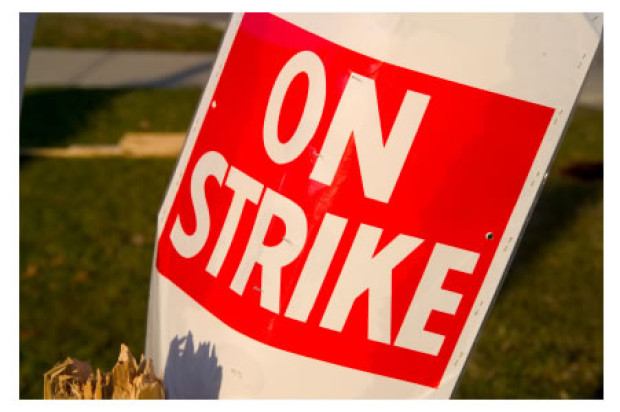 As Bay Area commuters deal today with the second BART union strike this year, a movement to ban the state’s public transit workers from striking is gaining steam, according to a politician gathering signatures for the campaign.

Orinda City Councilman Steve Glazer, who is running for a state Assembly seat and is a longtime advisor to Gov. Jerry Brown, launched a petition late last month to push for legislation that would bar transit employees in California from walking off the job.

The petition came nearly three months after a four-day strike in early July snarled traffic throughout the Bay Area and frayed commuters’ nerves.

Glazer, who has spread the word about the proposed ban at all 44 BART stations over the past month, said rider support for the proposal has soared in recent days as the threat of a second BART strike loomed and ultimately began today.

This morning, he spoke with commuters who waited in long lines at the Walnut Creek BART station to snag a seat aboard buses being chartered by BART during the work stoppage.

“They feel helpless that no one is advocating for their interests in this whole bargaining process and they were appreciative that there was an outlet for them to share their feelings,” Glazer said.

Since union leaders announced the strike on Thursday afternoon, the online petition at www.banbartstrikes.com gained about 4,000 new signatures, the councilman said.

On his website, Glazer published about 1,000 comments from petition signers earlier this month.

“Another BART strike would create a huge problem for me trying to get to San Francisco for school and work,” wrote Valentina, a BART rider from Antioch. “It’s already difficult commuting that far without a vehicle. I am very grateful for the BART services and hope that no one has to go through this once again.”

Another signer, identified on Glazer’s website as a Berkeley resident named Amy, said, “Although I am generally pro-union, I feel that essential government agencies should not have the authority to hold an entire metropolitan area hostage.”

Glazer declined to disclose the total number of signatures to the petition but said that if the current strike continues, he will likely announce the figure.

He said he hopes to use the sizable response to his proposal to target state legislators and hopefully spur them to draft a bill that would ban transit strikes.

So far, he said, the proposed ban has received no support from any Democratic legislators, although he says a few Republican legislators have expressed support.

“We need the state legislative delegation of the Bay Area to step up and show some courage and independence and protect BART riders,” Glazer said.

Representatives for BART’s worker unions could not immediately be reached for comment this morning on Glazer’s proposal.