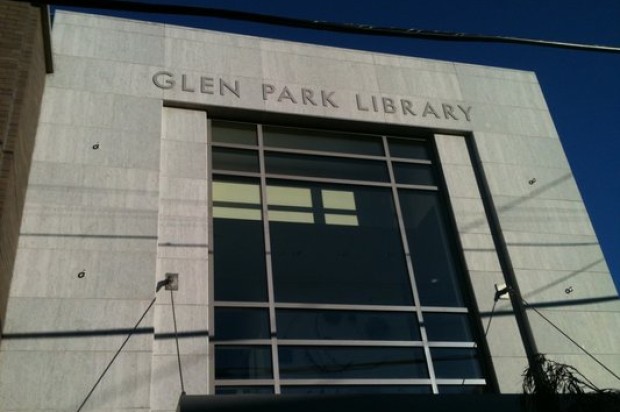 A man who was arrested at the Glen Park library in San Francisco on Tuesday on charges of running a billion-dollar online drug market is also accused of seeking two murders-for-hire in January and March of this year to protect his empire.

Ross Ulbricht, 29, who allegedly ran a website called Silk Road, which offered illegal services along with drugs, is accused of the two attempted murders and narcotic trafficking conspiracy in two separate cases in federal courts in New York and Maryland.

The charges in both cases were unsealed Wednesday after Ulbricht’s initial court appearance in federal court in San Francisco.

One of the attempted murders, charged in the Maryland indictment, never happened because the supposed assassin whom Ulbricht allegedly solicited in January and paid $80,000 in February was actually an undercover agent.

The agent, who Ulbricht believed to be a drug dealer, sent Ulbricht staged photos of the supposed torture and body of the victim via the Internet, the indictment said.

The intended victim was a former Silk Road employee who had been arrested, and Ulbricht feared he would “give up info,” according to the document.

Ulbricht also told the undercover agent that the employee had stolen funds from other Silk Road users, the document stated.

Initially, the indictment alleges, Ulbricht told the agent to beat up the employee, but then later asked for him to be executed instead, saying he had “never killed a man or had one killed before, but it is the right move in this case.”

After receiving the fake photo of the body, Ulbricht allegedly wrote the agent on Feb. 21, “I’m pissed I had to kill him…but what’s done is done…I just wish more people had some integrity,” the indictment said.

The second alleged murder-for-hire attempt was described in a criminal complaint filed in federal court in Manhattan.

It alleges that in March, Ulbricht solicited a Silk Road user to carry out a $150,000 murder-for-hire of a Canadian drug dealer who was threatening to release the identities of thousands of other sellers and buyers on the website unless Ulbricht gave him $500,000.

FBI Agent Christopher Tarbell said in an affidavit filed with the complaint that Canadian authorities could find no record that the intended victim was killed.

Ulbricht allegedly wrote on March 29 to the person he was hiring, “Necessities like this do happen from time to time for a person in my position,” according the affidavit.

Two days later, Ulbricht allegedly wrote, “Don’t want to be a pain here, but the price seems high. Not long ago, I had a clean hit done for $80 K.” Later that day, he agreed on $150,000, according to the affidavit.

Ulbricht, who is believed to have moved to San Francisco last year, was arrested in the science fiction section of the Glen Park branch of the San Francisco Public Library by a group of undercover FBI agents Tuesday afternoon.

At Wednesday’s court session, U.S. Magistrate Joseph Spero ordered him kept in custody for the time being.

Ulbricht will return to Spero’s courtroom Friday morning for a detention hearing and the scheduling of a future hearing to determine whether he should be transferred to New York to face the charges there.

Prosecutors allege that Silk Road conducted about $1.2 billion in sales of drugs, computer hacking software, forged identification and other illegal items in the past two and a half years and gained about $80 million in commissions, according to Tarbell’s affidavit.

The operation was “a sprawling black market bazaar” that became “the most sophisticated and extensive criminal marketplace on the Internet today,” Tarbell wrote.

The alleged $150,000 murder-for-hire attempt in March is not charged as a separate count, but rather is listed as an alleged overt act that was intended to further the drug trafficking conspiracy.

The federal indictment in Maryland, originally filed under seal on May 1, charges Ulbricht with narcotics trafficking conspiracy, attempted murder of a federal witness, and use of an interstate commerce facility—the Internet—in the commission of a murder-for-hire.