Hardly Strictly Bluegrass Is This Weekend: Here Are Our Picks 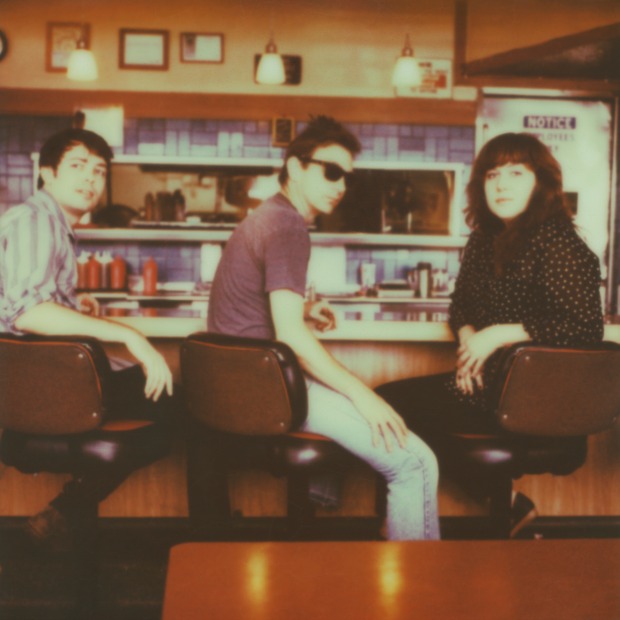 The other clusterfuck in Golden Gate Park is back this Friday for its fourteenth year of free music and fun. This year’s Hardly Strictly Bluegrass is jam-packed with variety (MC Hammer’s got a middle school program?!) and just enough familiarity to keep crowd distribution on par with larger, far more expensive festivals.

Not sure who to see this year? We’ve got you covered. Below, we present our must-sees of HSB 2013.

Father John Misty: Josh Tillman first appeared on SF’s musical radar after his stellar performance at last year’s Outside Lands. Fans sat on bales of hay and passersby stopped dead in their tracks as Tillman’s oversized personality took over the tiny Panhandle stage. He’s got some serious vocal chops, having pulled time with Fleet Foxes and on previous solo works as J. Tillman. With a full psychedelic aesthetic and the type of stage banter better suited for a conspiracy theorist proselytizing at a street corner, Tillman is ready to rock Golden Gate Park once more.

Bonnie Raitt: Whether she’s seductively crooning tender ballads or letting her guitar speak for her, Bonnie Raitt’s music has carried her through decades of critical acclaim, Billboard hits, and enough deviations to make Lombard St. look like the straightest boulevard in all the land. Raitt is the quintessential Hardly Strictly musician: her music is just as genre-defying as a typical HSB line-up. Last year’s Slipstream sees the legendary guitarist at perhaps her funkiest and most electric. Sure, you’ll hear megahits “Somethin’ To Talk About” and “I Can’t Make You Love Me,” but not without some serious guitar work in between.

Calexico: On a similarly funky bent stands Calexico, the Latin-tinged Americana sextet whose latest studio album, Algiers, comes straight across the Mississippi river from the suburbs of New Orleans. As Raitt’s played pivotal performances at the New Orleans Jazz and Heritage Festival, so Calexico found their musical muse hiding in the Big Easy and its surrounding parts. Flourishes of mariachi horns, galloping percussion, and cinematic strings make Calexico ideal for an outdoor setting.

Patty Griffin: Singer-songwriter Patty Griffin has completely hit her stride in the new millennium. It may come as a surprise, but being dropped from A&M may have been the best thing to happen to Griffin’s career. Since then, her music has been widely celebrated throughout the industry and was picked up by ATO, Credential, and New West Records. Expect a few surprise guests (or some stellar covers at the least) as fellow HSB’ers Natalie Maines and Emmylou Harris have both paid tribute to Griffin in their own unique ways. Maines’ previous band, the Dixie Chicks, popularized the semi-unreleased “Top of the World” while Griffin and Harris have toured and collaborated together for years.

Sonny & the Sunsets: Appeal favorites Sonny & the Sunsets (pictured above) are HSB veterans and clearly happy to return to Golden Gate Park for another year of free music and celebration. Frontman Sonny Smith is as prolific as they come, having concocted one-act plays, fake bands, and more music in just one year than most bands put out in their entire careers. It’s anybody’s guess what this SF outfit will be bring to the table this year, but the surprises are much-welcomed.

The Devil Makes Three: It’s hard to believe that the Devil Makes Three are a Santa Cruz band with most members hailing from the East Coast. Their sound defies topographical boundaries and notions of what should and shouldn’t be in old time music. There truly is a devil hiding in the lyrics, each snarling stanza and meandering note a cry for reprieve. TDM3 aren’t morose, though; tunes like “Old Number 7” and “Do Wrong Right” are playful in their pain. No matter what mood you may be in, grab a stiff drink and settle in for a stellar performance.

Gogol Bordello: Gogol Bordello’s live shows are full of energy, moshing, and, at this juncture, not a lot of love. Guitarist Oren Kaplan recently filed a lawsuit against frontman Eugene Hutz over alleged money-grabbing ways that saw Gogol Bordello’s music in advertisements and its profits solely within the pockets of Hutz. Who knows how the band will fare in a live show just two months after the suit was unearthed?

Shovels & Rope: Husband and wife duo Shovels & Rope are damn Southern and proud of their musical roots. Tracks tackle lovers scorned, religion, and equally dark subjects that make them more similar to The Devil Makes Three than a happy family band. Their name sounds utilitarian, but really comes from a song all about murder. The darker side of bluegrass wasn’t pretty, and Shovels & Rope seek to highlight the sinister in a whole new way.

Find the complete HSB schedule here and a map of the event here.