Appealing TV: The Pete Holmes Show, My Big Fat Revenge, The Returned, and It Takes a Choir 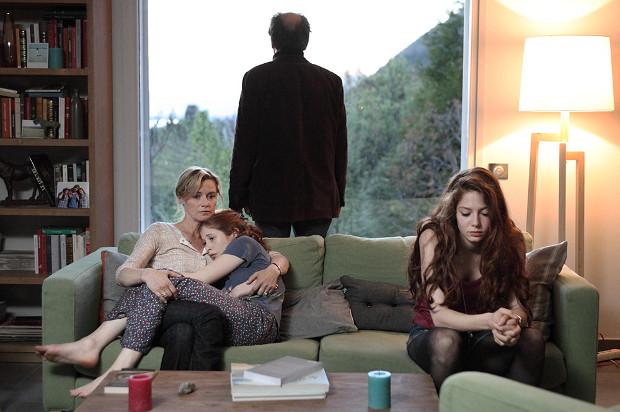 Halloween is this week, otherwise known as Christmas for people who still wear “Nightmare Before Christmas” hoodies. So, what else is on?

Monday, October 28
The Pete Holmes Show (11:59pm, TBS, series premiere)
You may know Pete Holmes from his work as the eTrade baby. Or from his podcast, “You Made It Weird.” Or from his stand-up. Either way you may or may not know Pete Holmes, just know that he’s getting his own talk show on TBS following Conan.

Tuesday, October 29
Doomsday Preppers (9pm, Nat Geo, season premiere)
With an episode title like “Take Our Country Back,” it is safe to assume that these preppers are preparing to take their country back from The Affordable Health Care Act, people of color in positions of power, and pansy liberal bloggers who write about television (my number is up, everybody)? And not from zombies or something?

Little People, Big World (9pm, TLC, season premiere)
The trick to shows on TLC that don’t revolve around being addicted to eating tampons is to have the show in question tie back to the idea that despite having eighteen kids or being trailer trash, families are just families. Which is either intended to engineer “awwww” from the audience or to elicit “well, christ, at least my family isn’t that bad.”

My Big Fat Revenge (9pm, Oxygen, season finale)
Congratulations to Oxygen for broadcasting a show that makes the end goal for weight loss about trying to stick it to people who gave you shit about it instead of, like, talking about the internal journey a person goes through when they decide to make a huge life change! And congrats on the dual fat-shame/pun in the title!

Wednesday, October 30
Ke$ha: My Crazy Beautiful Life (10:30pm, MTV, season premiere)
Because “Ke$sha: My Okay, Not Bad Life” wouldn’t do well. And neither would re-contextualizing her show as a shot-for-shot remake of Ke$ha: My So-Called Life with Ke$sha in the Claire Daines role. Although, gosh darn, that sounds crazy enough to work.

Thursday, October 31
The Returned (9pm, Sundance, series premiere)
Technically they’re not zombies, they’re The Returned! This French series focuses on a small French town in which the dead retur. There are consequences! It’s French, and it’s on the Sundance Channel, giving people who just shut up about Rectify being spellbinding something else to talk about (besides how good Terriers is/was). If you’re watching this on Halloween while giving candy to treat or treaters, I bet you’re giving out-of-touch and pretentious candy that kids groan at. Just saying.

Tim & Eric’s Bedtime Stories: Haunted House (11:59pm, Adult Swim)
Thirty minutes of Tim & Eric! A great nightcap to your Halloween if there ever was one.

Friday, November 1
Dallas Cowboys Cheerleaders: Making the Team (9pm, CMT, season finale)
Since the football season already started, wouldn’t it be a spoiler (to those watching/invested in the show) to look at the Dallas Cowboys Cheerleaders on the field at games right now an see who made it? Unless this is some cross promotional opportunity to debut the cheerleaders at the time of the finale? Cross promotional like trying to make a video game happen concurrently with the television show it is based on?

Time of Death (9pm, Showtime, series premiere)
This documentary mini-series event from Showtime follows people living with a terminal illness looking mortality right in its inevitable face. Too soon to make a Friday Night Death Slot quip? Watch this and feel the triumph of the human spirit over mortality. And I’m sure it’s more uplifting than Faces of Death.

It Takes a Choir (10pm, USA, series premiere)
If it takes village to raise a child, it takes a choir director from the UK organize the stars of USA shows to sing in promotional cross-branding (see below). An adaptation of the show The Choir in the UK, the series follows Gareth Malone as he tries to recruit and train a choir of everyday people to sing! And now with a built in fish out of water scenario! Kind of like when Jamie Oliver went to teach American public school kids about eating carrots.

Saturday, November 2
Pit Bulls & Parolees (10pm, Animal Planet, season premiere)
Leave it to the magic healing power of animals to reform people who’ve gone through the criminal justice system. It is only a matter of time before Beyond Scared Straight becomes a feeder show for shows like Pit Bulls & Parolees, akin to how Real World is a feeder show for the Challenge shows now.