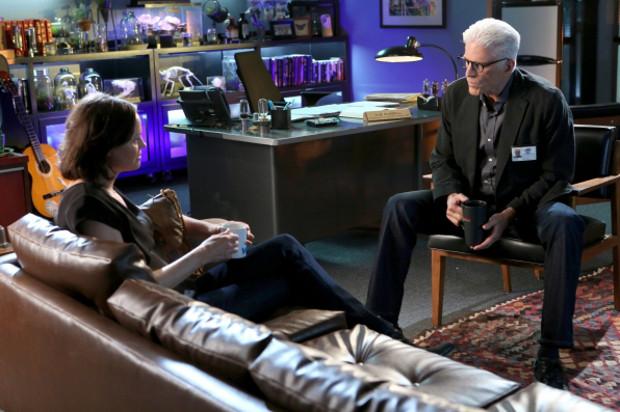 Monday, October 21
crazysexycool: The TLC Story (9pm, VH1)
Do you know the secret to getting a gaggle of girls who went to elementary/middle school in the mid-90’s to lose start losing their goddamn minds, in a good way? Play TLC’s “No Scrubs” and observe results. This VH1 dramatization of the life and times of the all-girl group features canceled America’s Best Dance Crew judge Lil Mama as Lisa ‘Left Eye’ Lopes.

Tuesday, October 22
Ravenswood (9pm, ABC Family, series premiere)
This spin-off of ABC Family’s Pretty Little Liars, about a town that has been plagued with a curse for generations. Just putting this out there, but when are they gonna make a television reboot of The Craft and just get it over with?

American Daredevils (10pm, History, series premiere)
In order to get a show made on the History Channel, just make a tangential statement about how whatever you’re doing is intertwined with Americana and the American spirit. A show about obese people on History Channel could be marketed as “obesity is as American as apple pie.” See what I did there?

Snooki & JWoww (10pm, MTV, season premiere)
The best thing I can say about this show is that it introduced me to Icona Pop’s “I Love It,” which was the theme song to the show.

It’s almost as if Walter White on Breaking Bad were a teenage girl, and instead of heading toward very bad things, he headed toward taking more of an agency for good in his own life. OK, it’s not really like that at all, but it’s roughly the same story structure.

The writers from Awkward. must have been taking notes, as judging from the promos for the fall season premiere of Awkward, the back half of season three will deal with Jenna’s epic fall. (I can write Awkward with the stylized period at the end, but no I am not writing out the epic fall hashtag.) Which I guess means main character Jenna’s heel turn descent into Heisenberg, maker of blue sky meth and teenage drama queen.

Thursday, October 24
Scrubbing In (10pm, MTV, series premiere)
So imagine Jersey Shore, but with nurses. Is this years too late to cash in on the reality subversion of television trends? Or the perfect time, what with Republicans still trying to defund the Affordable Health Care Plan? Will this show tip the balance? Will it be this show’s fault I won’t be able to get surgery on my knee for a torn ACL?

Friday, October 25
The Carrie Diaries (8pm, The CW, season premiere)
I haven’t been keeping up with my Sex and the City lore, but did Carrie meet Samantha in the 80’s when they were teenagers? Because that’s what this season of The Carrie Diaries seems to be pushing. I’m not sure if it’s something they’re gonna retcon for the Sex and the City in general, or if this is kind of a divergent story away from Sex and the City, kind of like how The Walking Dead TV show rides a different canon than the comic books.

Gold Rush (9pm, Discovery Channel, season premiere)
Having this show move to the jungle is just an excuse to have Welcome to the Jungle play over the promo. And to get away from The Soup mining their glory hole clip mentions out of context.

Dracula (10pm, NBC, series premiere)
Having this plopped at 10pm on Friday night either means that I’m going to be writing about this show again this summerwhen they cancel the show after two episodes, and use the summer to burn off the remainder of episodes shot. Or, this show will be a critical, cult hit but commercial failure, leading to more ribbing about how dumb of a network NBC is. Oh, who are we kidding, we’re doing that either way.

Jonathan Rhys Myers as Dracula in a re-telling nobody asked for. This is like having a mom who’s asking her kids about Twilight and the kids whining about how MOM VAMPIRES ARE SO OVER, WITCHES ARE THE NEW VAMPIRES.

Strike Back Origins (10pm, Cinemax, series premiere)
If you aren’t already watching Strike Back on Cinemax, you’re probably not going to be invested in this prequel mini-series. But you might be interested in The Walking Dead’s Andrew Lincoln speaking in his native accent.

Saturday, October 26
Zombie Night (9pm, Sy Fy)
Saturday night low-budget, bad-on-purpose movie. Daryl Hannah and Anthony Michael Hall star. Let me take this moment to say that although Halloween is soon, but lest we forget the reason for the season:

Sunday, October 27
The Governor’s Wife (10:30pm, A&E, series premiere)
Former Louisiana Edwin Edwards, 86. who served time inside for fraud during his run as Governor of Louisiana and his wife Trina, 35 get their own reality show.

Blended families, check, May-December relationship, check, shamed person of power, check. Life third act on a reality show, check. Louisiana, check. This show is one witches’ coven away from checking off nearly every television trope of the last couple of years.

One hour heavy metal rock opera special with original score! That’s all you needed to say.